BLOOMINGTON, Ind. -- As Heidi Klum reminds the designers on "Project Runway" each week: In fashion, one day you're in, and the next day you're out. 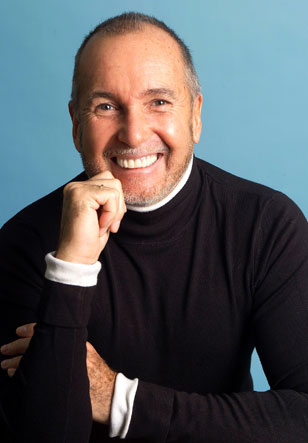 It's the job of global trend forecasters like David Wolfe to figure out what's in, what's out and what's next in the ever-evolving world of fashion. Wolfe, creative director of The Doneger Group in New York City, will be in Bloomington to present a free, open-to-the-public lecture at Indiana University Nov. 2 from 7 p.m. to 9 p.m. in the Frangipani Room of the Indiana Memorial Union.

The event is sponsored by the 250-member Retail Studies Organization, a student group in IU's Department of Apparel Merchandising and Interior Design.

"We are so honored to have a person of David's caliber and international reputation as a guest speaker at IU," said Rick Bomberger, director of Undergraduate Studies and senior lecturer in IU's Department of Apparel Merchandising and Interior Design. "We recognize his level of expertise and feel he can contribute significantly to the growing and evolving fashion, retail and design culture at Indiana University Bloomington."

Wolfe is one of the world's most widely respected authorities on fashion and trend forecasting, said Kate Rowold, professor and interim chair of Apparel Merchandising and Interior Design and curator of The Sage Collection.

"His presentations are a smorgasbord of observation, insight and intuition, combining his engaging personality with his extensive expertise and experience," Rowold said, adding that he has been asked to present to retail giants such as Nordstrom, Saks Fifth Avenue, QVC and J.C. Penney, among many others. "Mr. Wolfe travels and speaks regularly in Europe and Japan and is always on the lookout for the 'next big thing.'"

Wolfe is frequently interviewed by publications such as Women's Wear Daily and Forbes magazine and is a regular guest lecturer at the Fashion Institute of Technology in New York. During the 2006 hearings on H.R. 5055, he was invited to testify before a U.S. House Subcommittee on Courts, the Internet and Intellectual Property on the bill to amend title 17, United States Code, "to provide protection for fashion design." (The bill did not become law.)

In a recent interview with Forbes, Wolfe acknowledged that online fashion critics, bloggers and tweeters are growing in influence in the world of high fashion. New York Fashion Week has adapted to this trend, incorporating in-season merchandise that lends itself to the immediacy of tweeting and blogging.

In August of 2010, after attending Fashion Week, Wolfe gave several interviews identifying the bloggers and tweeters to watch.

"Fashion, as a reflection of the society that wears it, is changing more dramatically than ever because of electronic communication," Wolfe said. "Not only is the speed of communication, but the excitement generated by innovative electronics devices creating a new and complex landscape for designers and retailers alike."

"If you are interested in fashion, watching it or wearing it, or if you are preparing for a career in business, in retail or in any area of design, you do not want to miss what promises to be a powerful, passionate presentation from the premier fashion and trend forecaster, David Wolfe," Rowold said.