INDIANAPOLIS -- Crystal A. Garcia and Roger Jarjoura, both associate professors in the Indiana University School of Public and Environmental Affairs (SPEA) at IUPUI, have been awarded $200,000 from the Indiana Criminal Justice Institute.

The award will allow the co-investigators to document the decisions by juvenile court personnel at various points in the juvenile court process over a five-year period (2005-2009) in Indiana's 91 county courts.

"We want to answer the question: Are kids of color dealt with differently? In other words, are court actors treating kids fairly?" said Garcia. 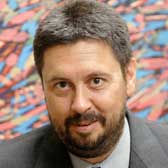 Garcia and Jarjoura will analyze data collected for every juvenile who entered the court system in the past five years. The study will include courts in all of Indiana's 92 counties (Dearborn and Ohio counties share one court). The data to be used will examine only delinquency offenses -- not "status" offenses, such as running away, that apply to juveniles only because of their age.

"This is important work that benefits the state of Indiana, and that's what we're all about," said Terry Baumer, executive associate dean of SPEA. "And no one is more qualified to do this work than Crystal and Roger."

The Indiana Criminal Justice Institute is the state agency that administers federal and state funding for Indiana's criminal and juvenile justice systems. A federal mandate to collect data on court contact with juveniles triggered the competitive grant won by Garcia and Jarjoura.

Preliminary findings should be available as early as April 2011, according to Garcia.