BLOOMINGTON, Ind. -- Indiana University historian Claude A. Clegg III was thumbing through a copy of Without Sanctuary, the 2000 book about American lynching photographs, when he came across something that made him gasp: a picture of the lynching of three African-Americans in Salisbury, N.C.

Clegg had grown up in Salisbury and had family members still living there. Yet he had never heard of the lynching of Nease Gillespie, John Gillespie and Jack Dillingham, which took place in August 1906.

"It was one of those open-mouth moments -- a suspension of belief, that something that horrific had happened in my hometown," he said.

Troubled and intrigued, Clegg set out to learn more about the event. Because no "public memory" of the lynching seemed to exist, he pored through old newspapers, archives and public records to reconstruct what happened. The result is Troubled Ground: A Tale of Murder, Lynching, and Reckoning in the New South, published by University of Illinois Press. 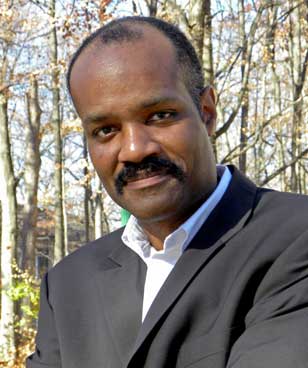 Along with telling a story of his hometown, Clegg offers insights into Southern history, mob violence and manipulative politics along with the hardening of racial ideology a generation after the Civil War.

"It's easy to read the past as inevitable," he said. "It was not. People coming out of the Civil War didn't know what the postwar period was going to look like, and it was during that period of uncertainty that you had the emergence of lynching and segregation as a form of social control."

Troubled Ground describes how state and local politicians abetted the trend with rhetoric that appealed to racial prejudice and fear, while newspapers stirred up the populace with lurid stories of crimes allegedly committed by African-Americans.

The book recounts several acts of violence from the era in North Carolina's Rowan County, including the 1902 lynching of two black boys, ages 11 and 13, who were accused of killing a white woman. But its focus is the 1906 incident, a response to the bludgeoning death of four members of a white family. 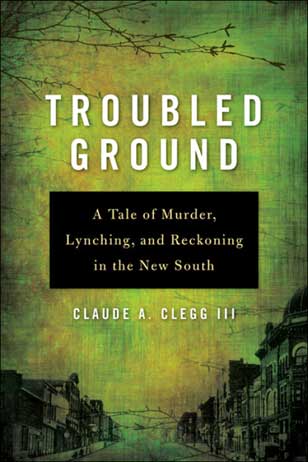 Several African-Americans were detained on suspicion of being involved with the murder. On the night of Aug. 6, a mob broke into the local jail and seized several of them. Nease and John Gillespie and Jack Dillingham were dragged from their cells and lynched, and their bodies were mutilated.

"At daybreak on Tuesday, August 7, the spectacle resumed, if it had ever ended," Clegg writes. "Hundreds of men, women and children visited the big oak in Henderson Park to witness the disfigured corpses, each hung close enough to touch the others."

While racial brutality may have been common in the turn-of-the-century South, the Salisbury lynching was unusual in another way -- a member of the mob was prosecuted, convicted and served time in prison. George Hall, a laborer, was found guilty of conspiracy and sentenced to 15 years.

"It was the first time in the state and one of the first in the country" that a white man was convicted of lynching blacks, Clegg said. "There are no heroes in this story, but if there is any redemptive feature, it was the conviction and sentencing of George Hall."

Clegg believes whites and blacks in Salisbury made a choice, over time, to collectively forget the violent incidents of 1902 and 1906, in order to go on living with each other. Segregation and racial violence persisted for decades in North Carolina. Even today, he said, the impulse to demonize the "other" surfaces in national discussions of illegal immigration or the Muslim religion.

But having grown up in Salisbury, N.C., Clegg is also struck by how much the racial climate has changed -- to the extent that he could not mentally picture three black men hanging from a tree in the park in his hometown.

To speak with Clegg, contact Steve Hinnefeld at Indiana University Communications, 812-856-3488 or slhinnef@indiana.edu. For book information, contact Michael Roux at University of Illinois Press, 217-244-4689 or mroux@uillinois.edu.