BLOOMINGTON, Ind. -- A new education policy brief from the Center for Evaluation & Education Policy (CEEP) at Indiana University concludes that, despite some legislative interest in mandating school consolidation, the results wouldn't benefit students and would have minimal impact, if any, on state spending on public education. Revisiting School District Consolidation Issues is the latest policy brief from CEEP. 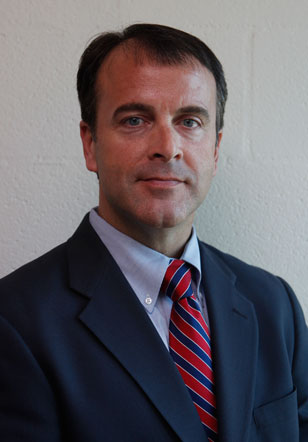 "Some of the proponents for consolidation argue that the smallest districts are inefficient, that there's too much overhead to operate those small districts, and that they're spending too much on administration," said Terry Spradlin, associate director of education policy at CEEP and a co-author of the report. "This data suggests otherwise."

While the Indiana General Assembly hasn't passed a school district reorganization bill since 1959, discussion of consolidation began again with a provision in the 2005 state budget bill calling for studying school corporation central office consolidation. Subsequent legislation to mandate consolidation has failed in sessions since, including two Senate bills in 2009. Nationally, an increasing number of states have introduced or passed bills to spur study into consolidating schools. Maine passed a mandatory consolidation law in 2007, but controversy and a failed voter referendum to repeal the mandate have resulted since then.

The data show little difference in student achievement between larger and smaller districts. Noting that small districts may lack diversity and be required to report scores for fewer student subgroups under AYP, Spradlin said virtually all the small districts meet the federally-approved accountability requirements. The analysis showed statistically insignificant differences in ISTEP achievement between the districts, but offered one other counter to potential consolidation plans.

"The one grouping of school districts that had a statistically lower outcome on ISTEP is those districts greater than 20,000 students," Spradlin said.

"That would make the case for deconsolidation," he said, meaning that perhaps the larger districts would benefit from dividing into smaller ones. Another compelling finding was that small districts do as well, if not better proportionately, in driving dollars to the classroom for instruction compared to all other expenditures. One area where smaller schools did lag behind is in Advanced Placement testing.

"When we looked at all of these measures, again a compelling case could not be made for wholesale or mandated consolidation in the state of Indiana," Spradlin added.

The brief notes that many school corporations have begun to seek out money savings by sharing services. The brief recommends collaborative opportunities should be explored in negotiating joint purchasing agreements on matters like school bus fleets and health insurance, collaborating on distance and virtual learning, and teaming on grant proposals and professional development opportunities for teachers.

"Some districts are even sharing a superintendent," Spradlin said. "There does seem to be some potential in those areas to realize greater savings on a statewide basis with all 292 districts rather than just focus on districts that represent 3 percent of our student population," Spradlin said.

Further recommendations include tracking expenditures by line item to help researchers understand how schools might operate more efficiently and how expenditures may be linked to student achievement. To expand the curriculum of smaller schools, the brief recommends consideration of virtual learning opportunities and other options like joint summer school programs, open enrollment and half-day or flexible scheduling. Future consolidation discussion, the report recommends, should include a deconsolidation consideration.

Finally, the researchers state a balance between costs, achievement, and social and political considerations must be maintained by policymakers and education leaders to maximize public education's utility.

The full report is available at https://www.ceep.indiana.edu/projects/PDF/PB_V8N3_Summer_2010_EPB.pdf.

CEEP, one of the country's leading non-partisan education policy and program evaluation centers, promotes and supports rigorous evaluation and research primarily, but not exclusively, for educational, human services and nonprofit organizations. Center projects address state, national and international education questions. CEEP is part of the IU School of Education. To learn more about CEEP, go to https://ceep.indiana.edu.