New study highlights sexual behavior and condom use in the U.S. among individuals ages 14 to 94

BLOOMINGTON, Ind. -- Findings from the largest nationally representative study of sexual and sexual-health behaviors ever fielded, conducted by Indiana University sexual health researchers, provides an updated and much needed snapshot of contemporary Americans' sexual behaviors, including a description of more than 40 combinations of sexual acts that people perform during sexual events, patterns of condom use by adolescents and adults, and the percentage of Americans participating in same-sex encounters.

The National Survey of Sexual Health and Behavior (NSSHB) was conducted by researchers from the Center for Sexual Health Promotion (CSHP) in Indiana University's School of Health, Physical Education, and Recreation (HPER).

The NSSHB is one of the most comprehensive studies on these topics in almost two decades and documents the sexual experiences and condom-use behaviors of 5,865 adolescents and adults ages 14 to 94.

Initial findings from the survey, presented in nine separate research articles, were published on Oct. 1 in a special issue of The Journal of Sexual Medicine, a leading peer-reviewed journal in the area of urology and sexual health. The issue also includes commentaries offering perspectives on the study from leading U.S. sexual health authorities, including former U.S. Surgeon General Dr. Joycelyn Elders, Dr. Kevin Fenton, Director of the National Center for HIV/AIDS, Viral Hepatitis, STD, and TB Prevention at the national Centers for Disease Control and Prevention (CDC), and Lynn Barclay, President and CEO of the American Social Health Association. 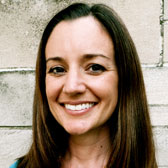 "This survey is one of the most expansive nationally representative studies of sexual behavior and condom use ever conducted, given the 80-year span of ages," said Michael Reece, director of the Center for Sexual Health Promotion. "These data about sexual behaviors and condom use in contemporary America are critically needed by medical and public health professionals who are on the front lines addressing issues such as HIV, sexually transmissible infections and unintended pregnancy."

According to the study's findings, one of four acts of vaginal intercourse are condom protected in the U.S. (one in three among singles).

"These data, when compared to other studies in the recent past, suggest that although condom use has increased among some groups, efforts to promote the use of condoms to sexually active individuals should remain a public health priority," Reece said.

Researchers believe the findings will be of interest to the general public, as well as to health professionals.

"People are often curious about others' sex lives," said Debby Herbenick, associate director of the CSHP. "They want to know how often men and women in different age groups have sex, the types of sex they engage in, and whether they are enjoying it or experiencing sexual difficulties. Our data provide answers to these common sex questions and demonstrate how sex has changed in the nearly 20 years since the last study of its kind."

Herbenick said the study helps both the public and professionals to understand how condom use patterns vary across these different stages in people's relationships and across ages, adding that "findings show that condoms are used twice as often with casual sexual partners as with relationship partners, a trend that is consistent for both men and women across age groups that span 50 years." 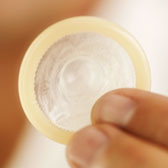 A unique feature of the study was the inclusion of adolescent men and women. Dennis Fortenberry, M.D., professor of pediatrics in the IU School of Medicine, led the adolescent aspects of the study.

Additional key findings highlighted in the collection of papers include:

In addition to Reece, Herbenick and Fortenberry, co-authors include Stephanie Sanders of The Kinsey Institute for Research in Sex, Gender, and Reproduction and the Department of Gender Studies at IU; and Vanessa Schick, Brian Dodge, and Susan Middlestadt of the Center for Sexual Health Promotion at IU. The study was funded by Church & Dwight Co. Inc., maker of Trojan® brand sexual health products.

The papers from the special issue and additional information about the study are available at www.nationalsexstudy.indiana.edu.

To speak with the researchers, contact Tracy James, IU Office of University Communications, at 812-855-0084 and traljame@indiana.edu.

To speak with a representative of Church & Dwight Co., Inc., contact Michael Bruno, Edelman, at michael.bruno@edelman.com.