The awards were established in 1997 to recognize graduates who have distinguished themselves in service to their communities and the IU Maurer School of Law in ways that exceed expectations in the course of their business, professional or civic duties.

This year's recipients are: 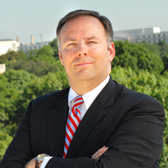 Gregory A. Castanias, JD'90. Castanias is a partner and head of the federal circuit practice at Jones Day in Washington, D.C. He has argued three cases before the U.S. Supreme Court and is considered one of the country's leading intellectual property attorneys. Castanias has served the law school in countless ways, from mentoring current and prospective students to an eight-year tenure on the school's Alumni Board. Castanias returns to Bloomington frequently for board meetings, on-campus interviews and speaking engagements. A proud alumnus of Wabash College, Castanias received that school's Richard O. Ristine Law Award in 2008. 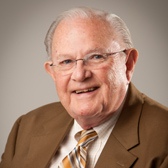 Leroy W. Hofmann, JD'58. Hofmann has been a highly decorated litigator throughout his 51-year law career in Phoenix. He has held leadership positions with the American Board of Trial Advocates and the Arizona Association for Justice. He is a dedicated volunteer to The Beatitudes Campus, a retirement community in Phoenix, and the Arizona Lost Boys Center, which assists hundreds of Sudanese men orphaned by the Sudanese Civil War. Hofmann was inducted into the law school's Academy for Law Alumni Fellows in 1992. 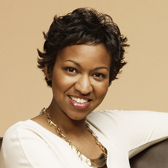 Laurie N. Robinson, JD'98. Robinson is the senior vice president and assistant general counsel of CBS Corp. She is the author of several legal-related publications and writes a quarterly column on diversity in the legal profession for Inside Counsel magazine. She is the founder of Corporate Counsel Women of Color, a nonprofit organization of more than 2,400 minority women who work primarily for Fortune 1000 and Forbes 2000 legal departments. Robinson was honored by the National Bar Association's Women Lawyers Division and was the recipient of the very first M. Ashley Dickerson Award by the National Association of Women Lawyers.

"At the Maurer School of Law, we have a deep tradition of teaching our students that the privilege of practicing law carries with it the obligation to give back to the community," said Lauren Robel, dean and Val Nolan Professor of Law. "Pro bono work and public service are the moral dues we pay to be a part of this profession, and our students know from day one that their law degree will give them the power to provide access to justice for all of our citizens. Our DSA recipients -- Greg, Lee and Laurie -- embody the spirit of public service and are an inspiration to all of us."

The recipients were honored at a lunchtime ceremony in the Indiana Memorial Union's Alumni Hall. The ceremony was part of the law school's annual Alumni Summit, which brings together alumni from across the country to conduct various board meetings and engage with both faculty and students.