Physical symptoms prevalent no matter what state of cancer, including remission

INDIANAPOLIS -- Twenty-two physical symptoms associated with cancer -- symptoms often unrecognized and undertreated -- are prevalent in all types of cancers regardless of whether the patient is newly diagnosed, undergoing treatment or is a cancer survivor, according to researchers from the Regenstrief Institute and the Indiana University schools of medicine and nursing. 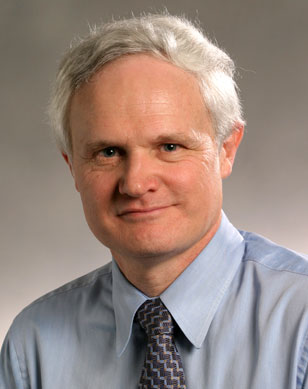 The study of 405 patients was reported in the Oct. 11, 2010, issue of the Archives of Internal Medicine. Numerous physical symptoms, rather than just a few, were prevalent in patients with cancer and this prevalence did not diminish after completion of therapy.

"We found that regardless of where they are in the course of their diseases, many individuals with cancer have a high symptom burden," said Dr. Kurt Kroenke, the study's principal investigator and first author. Kroenke is a Regenstrief Institute investigator and a Chancellor's Professor of Medicine in the IU School of Medicine.

"These symptoms impact them at home and at work throughout their lives," he said.

Study participants, all of whom had pain, depression or both, experienced substantial disability, reporting on average 17 of the past 28 days as either bed days or days in which they had to cut down on activities by at least 50 percent. Almost all patients reported feeling tired (97.5 percent) and most (78.8 percent) were bothered "a lot" by this symptom. Of the 22 symptoms studied, 15 were reported by more than half of the study participants.

In spite of high symptom prevalence, the researchers did not uncover greater use of the health care system. There may be several explanations for this including patients' inclinations to focus on cancer treatment while with their physicians or to accept the symptoms as an inevitable result of the disease or its treatment. Alternatively, the explanation may lie with the fact that those in the study, as cancer patients or former patients, were already frequently interacting with many parts of the health care system.

"Patients and their families should be encouraged to bring up symptoms like pain or insomnia with physicians. But because oncologists are necessarily focused on treatment of the cancer itself, they often have insufficient time to optimally evaluate and manage symptoms and other factors impacting quality of life. We have shown in an earlier study that one effective solution might be a partnership between a telephone-based symptom management team and community-based oncology practices," said Kroenke, who is a research scientist with the Center for Implementing Evidence-Based Practice at the Richard Roudebush VA Medical Center and an Indiana University Melvin and Bren Simon Cancer Center member.

The previous study, published earlier in 2010 in the Journal of the American Medical Association, reported that an economical, centralized approach is feasible to conduct and significantly improved symptoms of pain and depression in patients in any phase of cancer. That approach gave patients, many of whom lived in underserved rural areas, one-stop assistance they probably wouldn't have had access to unless they went to a major cancer center, Kroenke said.

Recognizing and managing physical symptoms such as fatigue, pain, nausea, and insomnia may make a significant difference regardless of type or phase of cancer. The researchers plan to investigate medical and behavioral strategies and combinations of both approaches to control these symptoms.

The study was supported by a grant from the National Cancer Institute.

The Regenstrief Institute, IU schools of medicine and nursing and the IU Simon Cancer Center are located on the campus of Indiana University-Purdue University Indianapolis.