'An Evening of Conversation with Jane Pauley and Meryl Streep at Indiana University' announced for Nov. 12

What: An Evening of Conversation with Meryl Streep and Jane Pauley
What: Nov. 12, 4:30 p.m.
Where: IU Auditorium
Tickets: Free for IU Bloomington students, faculty, and staff with valid ID, available Nov. 1 at 10 a.m. Free tickets for the general public will be available Nov. 3 at 10 a.m. Individual tickets are limited to four per person and will be available at the IU Auditorium Box Office. The IU Auditorium Box Office is open Monday through Friday, 10 a.m. to 5 p.m. For questions regarding tickets, please call 812-855-1103. 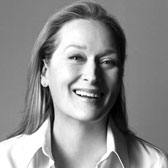 The program will feature an introduction by IU's first lady Laurie Burns McRobbie followed by a discussion between Pauley and Streep. The evening will conclude with a question and answer session with questions submitted by audience members.

"IU has relationships with alumni and friends who are experts in many fields and the bringing together of these two successful media personalities is a unique opportunity to celebrate these connections," said Doug Booher, director of IU Auditorium. "We at the Auditorium are extremely proud to have the opportunity to host these iconic figures on our stage."

Meryl Steep is a highly regarded actress of theatre, television and film and has been featured alongside many other famous actors. She began her professional life on the New York stage, where she quickly established her signature versatility and verve as an actor. Over the last 35 years, Streep has portrayed an astonishing array of characters in a career that has cut its own unique path from the theater through film and television. She has received two Academy Awards, seven Golden Globes, and has received more nominations than any other actor in the history of both awards. 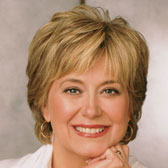 Indiana University alumnus and Indianapolis native Jane Pauley is a television journalist who earned her bachelor's degree in political science from IU in 1972. She went on to a remarkable career as a television journalist and anchor, including a 13-year tenure as co-host of NBC's "Today Show" and 12 years as co-host of "Dateline NBC." Pauley was awarded the Walter Cronkite Award for Excellence in Journalism in 2007 and is considered a role model for professional women. Despite living most of her adult life in New York City, Pauley has never forgotten her roots in Indiana and her love of Indiana University.