Ambassadors of Comedy to appear at Indiana Memorial Union Nov. 30

BLOOMINGTON, Ind. -- A contingent from The Ambassadors of Comedy, the self-proclaimed "United Nations of comedy," will appear at Indiana University's Alumni Hall Nov. 30 at 7 p.m.

Admission is free for students with a valid IU Bloomington ID or $5 for the general public, with tickets available at the door prior to the show. 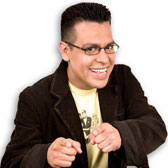 Garcia, Hodge and Bednob began working together in 1996 and later started performing on college campuses and at clubs across the nation. 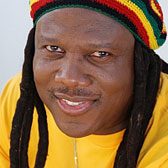 Their collective credits include television spots on Mun2's "Loco Comedy Jam" and SiTV's "Funny is Funny" (Garcia) and appearances in the films Deuce Bigalow: Male Gigolo (Hodge); The 40-Year-Old Virgin and Knocked Up (Bedknob).

With the motto "If you can't go on vacation, we'll bring the vacation to you," the show highlights the humor of American life from a foreigner's perspective, with routines about life in the United States and reggae, jazz, hip-hop and tribal music. 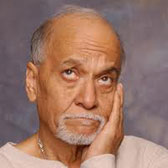 "We want to provide the audience with an entertaining, unique show at an affordable price, as well as expose students to different cultural perspectives on life in the United States," said Dan Haddad, chair of the Union Board's comedy committee.

Ambassadors of Comedy is co-sponsored by the IU student groups UB ICE, La Casa and the Muslim Student Union. Doors open at 6:30 p.m., and up to two general admission tickets can be reserved in advance by calling 812-855-IMUB.