BLOOMINGTON, Ind. -- It's no secret that something as simple and readily available as a latex condom can prevent unintended pregnancies and the transmission of sexually transmitted diseases such as HIV. But as a research team from Indiana University has painstakingly documented, even the best intentions can be for naught because of a wide range of errors people make when using condoms.

"Merely knowing whether someone uses a condom is not sufficient in estimating condom effectiveness," said Stephanie Sanders, associate director of The Kinsey Institute and member of the The Kinsey Institute Condom Use Research Team (CURT). "Our research goes beyond the 'yes' and 'no' questions to get to the problems that people have using condoms. The ultimate goal is to improve the use of this very simple and effective tool for disease and pregnancy prevention." 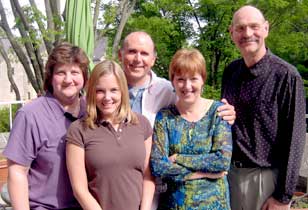 CURT, a collaborative research team involving The Kinsey Institute, the Rural Center for AIDS/STD Prevention (RCAP), and affiliated researchers from Canada and the U.K., has spent 10 years documenting the many problems and assumptions that lead to incorrect condom use -- and it's now designing and testing a brief self-guided, home-based intervention as a way to help people avoid these problems.

The team discussed its research findings this month at the annual meeting of the Society for the Scientific Study of Sexuality and will discuss them again in Bloomington, Ind., on World AIDS Day, Dec. 1.

One assumption affecting correct condom use is that men and women innately know how to use them. Wrong.

CURT's research has found that men and women often put condoms on wrong side up and have to flip them over, fail to leave room at the tip for ejaculate, or do not use them for the entire act of intercourse. They have also found that using condoms that do not fit well can lead to erection loss, breaking or slipping off, being removed before sex is over, or not being used at all.

"Most people don't learn how to use them correctly," said William L. Yarber, senior director of RCAP. "It's something they want to do -- get them, use them at the time of the sexual episode -- but it's more of an afterthought. Condom use should be like practicing for a sporting event or a musical event; the practice needs to be done."

Another assumption is that condoms are a necessary evil that will detract from the sexual experience and that little can be done to change this. Wrong.

"Lots of people are motivated to use condoms, but how they choose the right one isn't systematic. They think there isn't much choice but there really is," Yarber said. "But it's like an afterthought. Our qualitative studies show this often doesn't work. It shows that people often have difficulty if they haven't integrated it into their sexual experience relative to thinking about it ahead of time, talking about it and finding a good condom that both would like, all of which can make condom use more acceptable and pleasurable."

CURT researchers have used telephone and online surveys, focus groups and interviews to systematically document the many reasons people do not use condoms correctly. Their work, which has filled an important gap in safe-sex research, has involved different samples of people, such as college students, people visiting STI and family planning clinics, and persons responding to online surveys.

They have found that problems, such as erection loss (they refer to this as condom-associated erection problems or CAEP), are more common than thought. CAEP is a significant issue, Yarber said, because it is associated with unprotected sex. Their research has shown that the problem is not merely a 'mechanical' issue, however, but is also a comfort and confidence issue.

In one of the studies published in the International Journal of STD and AIDS in 2008, men attending an STD clinic reported that in the previous three months:

"The overall goal of our research is to enhance protection through correct and consistent use," Yarber said. "'If it's incorrect, it won't protect.'"

A presentation summarizing CURT's decade of research will take place in Bloomington on World AIDS Day, Dec. 1, from 4-5 p.m., in The Kinsey Institute's conference room.

To speak with one of the researchers, please contact Jennifer Bass at 812-855-7686 and jbass@indiana.edu.