BLOOMINGTON, Ind. -- Problems with the correct use of the male condom, such as not wearing a condom throughout sex or putting it on upside down, are common in the U.S. and have become a major concern of public health officials. New research shows that countries around the world are facing similar challenges. 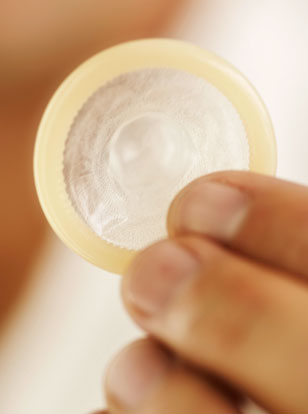 "We chronically underestimate how complicated condom use can be," said Richard Crosby, member of The Kinsey Institute's Condom Use Research Team.

An unprecedented collection of condom use studies, published in the journal Sexual Health, provides a global perspective on condom use problems and errors, along with new research on factors influencing correct condom use, how condom use programs can be more effective, and the promotion of the female condom. Led by The Kinsey Institute Condom Use Research Team, or CURT, more than 20 researchers from around the world examine and discuss issues such as safe-sex behaviors by American adults, counterfeit condoms in China and use of female condoms in South Africa.

"The articles in the special issue illustrate both commonalities and differences relative to the use and promotion of male condoms around the world," said William L. Yarber, professor of applied health science at IU and member of CURT. "It provides a resource for sexual health professionals to use for strategizing ways to increase cultural and individual acceptance of condom use."

The CURT researchers suggest that closing the gap between the ideal way condoms should be used and the more typical manner is critical to reducing unplanned pregnancies and the spread of sexually transmitted infections such as HIV. Condoms are inexpensive compared to costly HIV and AIDS medications, which often are inaccessible to the people most at risk.

"While we'd like to think the AIDS epidemic is going away, it's not. In the U.S, it's getting worse," said Richard Crosby, a member of CURT, professor at the University of Kentucky and lead editor for Sexual Health's special issue. "We keep looking to medical doctors for the solution to the epidemic, but it's the wrong paradigm. We can prevent small pox, SARS, cholera and a host of other infectious diseases. The prevention of the disease is the modern solution to the AIDS pandemic, and we need to begin applying that solution in earnest."

The special issue represents the first time condom use research from around the globe has been compiled in one place. CURT researchers want to get the information into the hands of global AIDS prevention organizations, such as the World Health Organization and the Centers for Disease Control and Prevention in the U.S.

"Condoms are the vaccine we've been waiting for," Crosby said.

He said the gap between the correct use of condoms and the more typical use, which increases its fail rate, points to a need for better education and instruction regarding condom use. Making condoms accessible to people who need them is important, but improved clinic-based counseling, public education and Internet-based education efforts are all key requirements to their correct use. This involves talking openly about such things as erections, semen, lubricant and other aspects of sex that can make people uncomfortable. Crosby said this lack of education and detail because of embarrassment or discomfort comes at the cost of individuals' health and lives.

"We chronically underestimate how complicated condom use can be," he said. "It involves the use of a condom, while negotiating the condom use and sex with a partner all at the same time. There is a complex triad of the sex act, condom use and partner dynamics that must constantly be navigated by condom users."

The research articles highlight problems and barriers to effective condom use and make suggestions for improving access to condoms, addressing cultural issues that can interfere with their efforts, specific populations that should receive more attention programmatically, and areas where more research is needed.

Crosby can be reached at crosby@uky.edu. He is a senior research fellow of The Kinsey Institute and the DDI Endowed professor and chair of the Department of Health Behavior in the College of Public Health at the University of Kentucky. Yarber can be reached at 812-855-7974 or yarber@indiana.edu. Yarber is senior director of the Rural Center for AIDS/STD Prevention at Indiana University, professor in the Department of Applied Health Science in IU's School of Health, Physical Education and Recreation, and a senior research fellow of The Kinsey Institute.