Editors: With Indiana University's selection for the 2012 NCAA men's basketball tournament, IU has several faculty experts who can provide insights. Sources may be contacted directly. If you need further assistance, contact one of the other media contacts listed on this release.

Best time of year to be a sports fan. March Madness is a high point of the year for many sports fans, as we fill out our brackets and compete with friends and family in various pools.

"For basketball fans in particular, it is the culmination of the season in a one-and-done, winner-take-all tournament that captures our interest for weeks, as we root on our favorite teams and savor the upsets by each year's inevitable Cinderellas," says Edward Hirt, professor and associate chair of the Department of Psychological and Brain Sciences at Indiana University. "The level of engagement that many fans feel during this time of year is unsurpassed, and many claim it is their absolutely favorite time of year to be a sports fan."

This year will have special significance for Indiana University fans, as IU makes its first appearance in the NCAA tournament since 2008, says Hirt, whose research concerns the psychology of sport and related topics of motivation and performance.

"Obviously, all eyes will be on coach Tom Crean and his team during this tournament, and people around the country will be evaluating the progress of the program in regaining its stature as one of the premier programs in the country based on how well they do in the tournament," Hirt says. "Our research has demonstrated that in such situations, emotions will be high, and fans' mood and self-esteem will rise and fall depending on the performance of the team.

"However, team loyalty will supersede these emotional reactions, as committed fans should be able to console themselves in the remarkable improvement of the team that we've seen in the past year. Expectations for the future are high, and this year's NCAA performance will only serve as a signal to watch out for IU as a program on the rise in the coming years."

Hirt can be reached at 812-855-4815 or ehirt@indiana.edu. The department of psychological and brain sciences is in IU's College of Arts and Sciences. Top

Saluting the seniors: On senior night this year, Tom Crean saluted not only his team's seniors, but also the IU students who are set to graduate in May. These students deserve special praise, as they have dealt with the least successful four-year stretch of Indiana basketball in the championship era of the sport, says Galen Clavio, assistant professor in the IU Department of Kinesiology.

"Most critics and fans expected this year to be another difficult season for IU, as Crean's Hoosiers struggled to rebuild from the sanctions and problems stemming from the end of the Kelvin Sampson era," he says. "And for this year's seniors, a missed NCAA tournament would've created an ignominious record, as this would have been the first class since 1972 to have graduated without seeing an NCAA tournament appearance in their four years in Bloomington."

The seniors who stuck through the past four years of Indiana basketball deserve the highest praise as fans and supporters of their team and school, says Clavio, whose research focuses on the influence of electronic and new media on the interactions between sport organizations and sport consumers.

"These have not been easy years to watch," he says. "Consider that the 2009, 2010 and 2011 seasons only produced a combined 28 victories. Indiana has managed 25 victories in this 2012 season alone, and a large part of those 25 victories has been the rabid fan support the team receives from its student section in Assembly Hall -- a student section led by those same seniors who have seen so many difficult times the past three seasons.

"With a top five recruiting class coming in this offseason, and all five starters expected to return for next year, the future looks bright for upcoming classes of students at Indiana," Clavio adds. "But as the Hoosiers take the floor on Thursday night for their game versus New Mexico State, the moment will certainly be savored most by those seniors who continued to buy tickets and support the Indiana basketball program through its darkest hour."

Clavio can be reached at gclavio2@indiana.edu or 812-855-3367. The department of kinesiology is in the IU School of Health, Physical Education and Recreation. Top 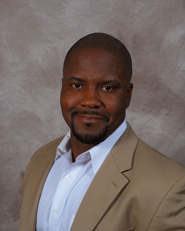 One shining moment to brand and to 'BIRG': The NCAA tournament offers participants a significant opportunity to build major brand awareness. What's more, it allows fans, new and old, a chance to "bask in reflected glory" of the brand's success, says Antonio Williams, an assistant professor of kinesiology in the School of Health, Physical Education and Recreation at IU Bloomington.

Williams, who studies sport and athlete branding from a consumer perspective, says IU is in the midst of a brand "re-emergence" reflecting the Hoosiers' rediscovered success on the basketball court. And while IU's brand name and equity have always been strong, the university has the potential -- with its return to postseason play and potential rematch with rival Kentucky -- to build even greater brand awareness and associations, particularly among current and potential students.

"These students -- with IU's huge wins this season over Kentucky, Ohio State and Michigan State, and now a potential NCAA run -- they're going to remember and feel part of something special for years down the road," Williams says. "They call it 'Old IU,' but really the university is forever young. It constantly changes. Yes, buildings are the same, and some of the same professors are still here. But the students always change. And they're creating new memories. Students who don't remember when IU won its last championship, they're creating the new IU brand.

"It's all part of the sports lifecycle, which is very volatile and has its ups and downs," Williams adds. "IU, which was down for a while, is climbing back, and no one expected the climb to happen so soon. You see it in the shirts students are wearing on campus, the ones that say 'We're Back.' With all of this, the demands for the IU brand are re-emerging."

Williams, who also researches the influence on success in athletics on application and enrollment rates, can be reached at 803-361-0893 or aw22@indiana.edu. Top

Will basketball again be religion at IU? The culture at many colleges, at least in part, is defined by the success of its athletic teams. At Indiana University, that cultural identity has long rested on the success of its men's basketball program, says Gary Sailes, a sport sociologist in Indiana University's School of Health, Physical Education and Recreation and its Department of Kinesiology.

"Basketball is more than just a sport at IU; it is religion," Sailes says, adding that the campus sports culture when Bob Knight was basketball coach, from 1971 to 2000, had a profound effect on student admissions and the electricity in Assembly Hall during home contests.

"In a freshman introductory sport management class I previously taught, with an average enrollment of 250 students, I would always ask the question, 'How many of you elected to attend IU, at least in part, because of the popularity, success and tradition of its men's basketball program?'" Sailes said. "More than 75 percent of the class always raised their hands during the Knight era. The last semester I taught that class, in the spring of 2011, I asked that same question and fewer than 15 percent of the students raised their hands. The problems associated with our men's basketball program, no doubt, negatively impacted the popularity of the program and our campus sports culture."

With the resurgence of the current group of players, however, it appears that the IU campus sports culture has been reignited and resurrected.

"I don't feel men's basketball has elevated to the status of religion like it has in the past," Sailes says. "If the current success is maintained over the next couple years, it is very likely that Tom Crean can and will become the next Hoosier demigod and Assembly Hall will be his temple."