EDITORS: President Abraham Lincoln issued the preliminary Emancipation Proclamation on Sept. 22, 1862 -- 150 years ago this Saturday -- declaring that slaves would be freed the following Jan. 1 in the Confederate States that remained at war with the Union. Indiana University faculty experts are available to discuss the historical context and impact of the proclamation.

Mixed motives, uneven success
An end and a beginning
Opening the door to an expansion of liberty
A turning point in the war

Students are often surprised to learn that Lincoln was more concerned with helping the Union war effort than freeing the slaves when he issued the Emancipation Proclamation, says Amrita Chakrabarti Myers, associate professor of history in the IU Bloomington College of Arts and Sciences.

"Lincoln was very clear that this was not about the slaves," she said. "It was about the Union, and whatever he needed to do to save the Union, he would do. Had he been concerned about the welfare of enslaved persons, he would have backed a proclamation earlier than the fall of 1862."

And students are perplexed to discover that the proclamation didn't free all slaves but only those in the Confederacy, she added. Slaves in loyal or neutral states like Maryland and Kentucky were not affected.

The Emancipation Proclamation, issued after the Union success at Antietam, was aimed at the Confederate military effort, and it was a mixed success, Myers said. It created dissension that weakened the slave-based Southern economy, and it strengthened Union support among abolitionists. But it angered poor and working-class Northern whites, helping to fuel draft riots in New York and other cities.

Myers said the power of the idea of emancipation took hold immediately for African-Americans, who had long been agitating for such legislation. Free black men in the North enlisted to fight in increasing numbers after the Proclamation's passage. And, as Lincoln and his generals had hoped, slaves in the South left their plantations and offered to fight with or work for the Union army.

"What they didn't anticipate," she said, "was that the army would be inundated by thousands of women and children who had run away from slavery and were looking for shelter and safety. They appear at Union army lines and say, 'Here we are, we're free now. Please help us.'" Army officials, overwhelmed by the number of civilians arriving at their doorstep, had no idea what to do with all these new arrivals. Some were put to work washing, cooking and sewing, but others became "unwanted camp followers," tagging along behind the troops seeking shelter and sustenance.

"What I tell my students," Myers said, "is that it's easy to pass a law or issue an order. It's much more difficult to bring it to fruition. The problems don't become apparent until you try to implement it."

Myers studies the experience of African-American women in the United States, focusing on ideas of race, gender, freedom and citizenship in the Old South. She can be reached at apmyers@indiana.edu. For assistance, contact Steve Hinnefeld at IU Communications, 812-856-3488 or slhinnef@iu.edu. Top

An end and a beginning

The Emancipation Proclamation represented both an end and a beginning, says Christopher Young, associate professor of history at IU Northwest.

"Lincoln's attitude toward slavery evolved over several decades," Young said. "The final Emancipation Proclamation, issued Jan. 1, 1863, was the culmination of Lincoln's evolving antislavery thought that had first emerged when he was a young man."

Young says the Proclamation also marked the beginning of the end for the institution of slavery. Within two years of Lincoln's declaration freeing slaves in areas that remained in rebellion, the 13th amendment to the Constitution would abolish slavery throughout the country.

"While presented as a wartime measure in order to maintain the constitutionality of the proclamation, President Lincoln's decision changed the conflict from a war to save the Union to a war of liberation," Young said. "Consequently, Lincoln told an audience gathered for the dedication of the cemetery at the Gettysburg Battlefield, the nation was experiencing a 'new birth of freedom.'

"Lincoln's bold decision to issue the Emancipation Proclamation achieved what many thinkers, public servants and other well-intentioned people could not do -- put on the road to extinction the deeply rooted institution that was for Lincoln's generation the main obstacle to the fulfillment of America's revolutionary creed of freedom and equality."

Young's expertise lies in colonial and revolutionary America and the early American republic. To speak with him, contact Erika Rose at 219-981-4358 or erikrose@iun.edu, or Emily Banas at 219-980-6536 or ebanas@iun.edu. Top

Proclamation opened the door to remarkable expansion of liberty 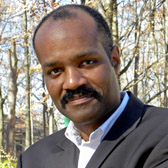 The Preliminary Emancipation Proclamation was primarily a strategic war measure, designed to destabilize the Southern labor supply without offending slave states that had not left the Union, says Claude Clegg, professor of history in the IU Bloomington College of Arts and Sciences.

But the order sheds light on Lincoln's thinking about slavery and the future of the nation, he says. And the final Emancipation Proclamation, issued and effective Jan. 1, 1863, was largely a success; it "explicitly made the conflict a war against slavery and triggered a migration of African American slaves to Union lines."

"Although Lincoln had been an early opponent of slavery, his views on race and his willingness to embrace abolition as a policy evolved over time," Clegg said. "To be sure, he embraced quixotic proposals involving the colonization of blacks outside the United States at least until 1863, a position that irked many African-American leaders and revealed a lingering unwillingness to grant citizenship to the newly freed.

"However, having run for the presidency in 1860 as a moderate Free Soiler, he became the first chief executive to make emancipation the official stance of the United States government. By his death in April 1865, Lincoln, who had deployed tens of thousands of freed slaves as soldiers in the Union cause, would be eternally associated with slavery's demise, a direct consequence of the proclamations of 1862 and 1863."

"The Preliminary Emancipation Proclamation was the first of a number of remarkable governmental declarations during the 1860s that expanded the reach of American liberty," Clegg said. "It was the precursor of monumental changes to the U.S. Constitution -- the 13th, 14th and 15th Amendments -- that codified black freedom, citizenship, and male suffrage, as well as the nation's first Civil Rights Act of 1866."

Clegg's research and teaching interests focus on the African diaspora of the Atlantic world, particularly the slave and post-emancipation societies of North America and the Caribbean. He can be reached at 812-855-3929 or cclegg@indiana.edu. For assistance contact Steve Hinnefeld at IU Communications, 812-856-3488 or slhinnef@iu.edu. Top

A turning point in the war

The Emancipation Proclamation was the turning point of the Civil War, says Jack Bloom, associate professor of sociology at IU Northwest. It altered what the war was about; it recognized how the country was changing in the midst of the war; it helped to change the balance of forces between the North and the South; and it redefined the nature of the United States.

"The Proclamation meant that the war was without question about slavery," Bloom said. "Lincoln had previously denied that he meant to impose an end to slavery in the slave states. But the Proclamation made it politically impossible for Great Britain or others to enter the war on the side of the slave owners, who were their suppliers of cotton for the textile mills."

While Lincoln's order was intended to encourage slaves to leave their owners and support the Union army, that was already taking place, Bloom said, in actions that the historian W.E.B. DuBois called a "general strike." After the Proclamation, "They came in large numbers, helped out, eventually joined the fighting and, in the process, changed people's -- including Lincoln's -- attitudes about their character, all of which made the Proclamation possible.

"So many slaves deserted their owners that it undermined the South's economy and gave significant aid to the Union forces," Bloom added. "The U.S. was now unequivocally a nation that stood for human freedom."

Bloom is also an adjunct associate professor of minority studies and history. He teaches courses on social problems, social movements, society and the individual, the Civil Rights Movement, and race and ethnic relations. To speak with Bloom, contact Erika Rose at 219-981-4358 or erikrose@iun.edu, or Emily Banas at 219-980-6536 or ebanas@iun.edu. Top