Johnson Center for Entrepreneurship and Innovation leads the way

BLOOMINGTON, Ind. -- Twenty-two companies in the Indiana University Emerging Technologies Center and researchers in the IU School of Medicine have a new resource readily available to them in downtown Indianapolis -- on-site assistance from IU's Johnson Center for Entrepreneurship and Innovation.

The Johnson Center has established its first satellite office outside its Kelley School of Business base, at the IUETC, which is located at 351 W. 10th St. It will help fledgling companies at the business incubator to succeed and IU life science researchers to create companies resulting from their efforts. This collaboration is the result of a partnership between the three IU programs and is believed to be the second of its kind in the nation.

Donald F. Kuratko, the Jack M. Gill Chair of Entrepreneurship, professor of entrepreneurship and executive director of the Johnson Center, said it became clear that the incubator's life science companies and researchers needed the physical presence of JCEI as well as an entrepreneurial mind "who speaks the medical language."

The answer to the latter is Dr. Robert C. McDonald, president of Aledo Consulting and a medical doctor who has an MBA degree. McDonald has been appointed as the center's new clinical director of life sciences initiatives for the next year.

"I'm going to be at the office in Indianapolis at least one day a week. Bob is going to be handling more of the yeoman's work as far as serving as a liaison to the doctors and the medical school. I think that's going to be a powerful collaboration," Kuratko said.

"IU is blessed in having one of the nation's top medical schools as well as one of the top business schools. It is imperative that the Kelley School step up to the plate to make this marriage between them work, and there's no better place to do it than in the entrepreneurship realm. We're the most logical connection to make this collaboration effective," Kuratko said.

"This partnership is the key that will open the door for many of our researchers whose discoveries can improve human health. It also will fuel the economic engine of the life sciences," said Dr. D. Craig Brater, dean of the IU School of Medicine. "This past fiscal year, discoveries from medical school faculty generated $7.6 million in revenues, nearly 90 percent of the total revenues that came into the IU Research & Technology Corp. and the most of any university in the state. I know we can do much better than this through our partnership with the Johnson Center and a successful entrepreneur like Bob McDonald."

IU President Adam W. Herbert praised what is yet another element of the university's Advancing Indiana initiative.

"It reflects a priority commitment to enhancing the commercialization of life sciences research being conducted in the IU School of Medicine and on the Bloomington campus," Herbert said. "We are bringing together some of our best Kelley MBA program students and two of the nation's leading experts on entrepreneurship to work with IU School of Medicine researchers in advancing their commercially promising life sciences technology into the marketplace.

"These new efforts will lead to a significant increase in business development in Indiana," Herbert added. "We also anticipate that some of these projects will result in more IU MBA graduates remaining in Indiana to work in companies they helped create."

"The presence of the Johnson Center will provide additional resources for growing companies in the IUETC and in the Indianapolis Metropolitan area and will further stimulate the BioCrossroads efforts in forming and growing new companies," added Mark S. Long, president and chief executive officer of the Indiana University Research & Technology Corp. "This expansion continues to demonstrate the commitment of Indiana University to the growth of small business in Indiana."

The IUETC is part of the Indianapolis Certified Technology Park and is owned and operated by the IU Research & Technology Corp.

Prior to founding Aledo Consulting, McDonald held a variety of senior positions at Anthem Inc., including medical director of health care management. He is a voluntary associate professor of medicine in the IU School of Medicine, where he teaches two courses: the "MD/MBA Forum," for which he is course director, and "High Tech Start Ups with a Focus on Health Care." He is an affiliated scientist of the Regenstrief Institute for Health Care at IU with more than a dozen publications on improving health care measurement and quality.

McDonald is a graduate of the University of Pennsylvania, Wharton School of Business, where he received an MBA degree with a focus in health care management. He is a pulmonologist and internist trained at Washington University and Parkland Memorial Hospital. He received his medical degree from the University of Texas Southwestern Medical School and a bachelor of arts degree in Russian literature from Cornell University. 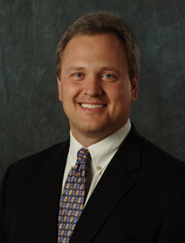 In addition to utilizing McDonald's combined experience in business and medicine, he and Kuratko will engage Kelley MBA students in tactical research and consulting projects for the doctors and companies.

In a departure from standard practice at business schools, teams of Kelley MBA students will not simply be assigned to a company for the semester. Rather, they will focus on individual, strategic projects for companies and doctors.

"These intensive immersion experiences have been developed so that our MBA students can step into projects on a shorter-term basis," Kuratko said. "It might be that we get them in and out of a project within three to four weeks. It's certainly intense -- they have to work at it pretty hard -- but they can give the potential entrepreneur what they need to know in a shorter period of time. I think there's going to be an appreciation for that."

Teams of MBA students will be involved in researching the market potential for findings coming out of the labs, looking for potential patent conflicts, and other business analysis which doctors and companies often find time-consuming.

The students will benefit from having an array of shorter consulting projects giving them knowledge which enhances what they learn in classes. They will be exposed to the unique challenges facing life science start-ups and will be exposed to emerging technologies and opportunities in the state of Indiana.

"I truly believe that our MBAs are going to be human accelerators, to move these ideas off the mark," Kuratko said. "If our MBAs can appreciate the value that they add to a company, it may be that they see down the road some potential to work with some of these firms after graduation. That would be a real 'brain-gain' aspect of this."

To serve life sciences researchers at IU Bloomington, space already has been reserved for Kuratko's team at Simon Hall, the new $55.7 million multidisciplinary science building now under construction there, in addition to its home at Kelley.