BLOOMINGTON, Ind. -- The Indiana University Jacobs School of Music will continue a longstanding tradition of opening its doors to the world's most illustrious musicians and presenting both new and legendary pieces of music when it kicks off its 2006-2007 season next month.

IU Opera Theater will kick off its season on Sept. 22 with a performance of Mozart's supreme opera "Don Giovanni."

The school will also showcase several members of its prized class of new faculty, welcome the Orion String Quartet as its newest guest resident and present a musical farewell to two of its most distinguished choral teachers.

The 2006-2007 season begins with a flourish. Internationally renowned orchestra conductor and composer Stanislaw Skrowaczewski will direct the IU Philharmonic, the school's premier orchestral ensemble, in a performance of Bruckner's Symphony No. 4 in E-Flat Major, "Romantic," on Sept. 13 at the Musical Arts Center in Bloomington.

The following week, IU Opera Theater will kick off its season with the opening night performance, on Sept. 22, of Mozart's supreme opera Don Giovanni. Performances of Don Giovanni, considered by many to be one of the greatest pieces ever composed, are scheduled for Sept. 23, 29 and 30 at 8 p.m. 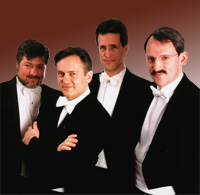 The acclaimed Orion String Quartet will be the ensemble-in-residence at the IU Jacobs School of Music for the 2006-2007 season.

The fall season also includes two performances by the Orion String Quartet, which will be the ensemble-in-residence at the school during the 2006-2007 academic year. The quartet is one of the most sought-after ensembles in the United States, and its members have worked with some of music's most legendary figures, such as Peter Serkin, Pablo Casals, Yo-Yo Ma and Isaac Stern. The quartet has also been credited with presenting the definitive interpretation of the Beethoven String Quartets and recently performed the complete Beethoven cycle at the Jacobs School.

The winter season offers a trio of operas in February, including Too Many Sopranos, composed by IU music faculty member Edwin Penhorwood; the rarely performed Arlecchino by Ferruccio Busoni; and Richard Strauss' Arabella, which will mark the company debut of German conductor Klauspeter Seibel.

March brings the return of the full-length ballet Cinderella, which made its world premiere at the IU Ballet Theater in 2005 and will reunite the production team of IU music professors Jacques Cesbron (choreographer), David Effron (conductor) and C. David Higgins (designer). The month also marks the return of IU's Singing Hoosiers for the popular music group's annual concert at the IU Auditorium.

The IU Opera Theater season will close in April with another of the world's most beloved works -- Madama Butterfly by Giacomo Puccini. The opera will be directed by Nicholas Muni, who, as artistic director, helped elevate Cincinnati Opera to national and international acclaim.

The IU Ballet Theater will present the full-length ballet "Cinderella" in March. The ballet made its world premiere at IU in 2005.

The school will also say farewell in April to longtime Choral Department leaders Jan Harrington and Mary Goetze in separate performances by the Philharmonic Orchestra (with the Oratorio Chorus) and the International Vocal Ensemble, respectively. Harrington has served as the longtime director of the University Singers, a select group of singers with a repertoire that extends from the Renaissance to the 20th century. Goetze conducts the International Vocal Ensemble and is widely recognized for her work as a clinician, composer and conductor.

The breadth and number of performance opportunities at the IU Jacobs School of Music are unparalleled in college music study, with the school offering more than 1,100 performances a year, including eight fully staged operas on a stage comparable in size to that of the Metropolitan Opera House.

Ned Rorem's opera "Our Town" is one of several major events that have recently been staged at the IU Jacobs School of Music.

The school has become well accustomed to hosting major and, occasionally, world-premiere events. In recent years, it has staged the world premiere of Ned Rorem's opera Our Town, based on the quintessential American play by Thornton Wilder; a 50th anniversary performance by the Beaux Arts Trio headed by IU Distinguished Professor Menahem Pressler; the world premiere production of the ballet Cinderella; the first collegiate production of William Bolcom's opera A View from the Bridge, based on the play by Arthur Miller; and just this summer, the world premiere of Sun-Dogs for chorus by Scottish composer James MacMillan.

For a complete listing of the season's events, go to https://www.music.indiana.edu/events.

To learn more about the IU Jacobs School of Music, go to https://music.indiana.edu.