BLOOMINGTON, Ind. -- Indiana University President Michael A. McRobbie will lead a university delegation to the Republic of Korea, where IU is expected to form new partnerships with several leading research universities, and to China, where he will participate in a major conference on the globalization of higher education.

The group will depart Friday and spend six days in South Korea, where they will attend a concert by alumni from the Jacobs School of Music; visit Sungkyun Kwan University (SKKU), Seoul National University and Yonsei University; dine with the Korea Alumni Club; spend time at SKKU's Suwon Campus; and tour the Samsung Advanced Institute of Technology, among other activities.

"Indiana University has extensive ties with the Republic of Korea that benefit all of our students," McRobbie said. "I look forward to meeting presidents of universities with which we currently have agreements to explore new partnerships. IU has benefited from generations of Korean students and the teaching and research of Korean language, politics and culture."

Patrick O'Meara, IU's vice president for international programs, said the visit to Korea paves the way for the university's continued commitment to international and global activities. It also will help lay the groundwork for the IU International Alumni Conference Reunion, scheduled to take place in Seoul next summer.

"(Former IU President) Herman Wells believed that a great university should provide opportunities for its students to encounter the world -- and at the same, that the university should be part of the wider world," said O'Meara, who has represented university interests abroad for three decades.

"In 2008, these still remain our guiding principles, but the challenges and opportunities are different. Michael McRobbie's trip to Asia is a clear indicator that he is committed to finding ways to establish significant strategic new partnerships with universities abroad, especially in Asia, and to find ways in which our faculty and students might be enriched through these linkages. It's also an opportunity for the president to meet with outstanding alumni and other friends of the university," O'Meara said.

Yesterday (Tuesday, Oct. 28), President McRobbie met with the president and vice president of IU Bloomington's Korean Student Association -- as well as Korean students, faculty and visiting scholars from across campus -- in the lobby of the IU Auditorium.

More than 1,200 of the university's 6,000 international students come from Korea each year and the Korea Alumni Club in Seoul has more than 1,000 members, making it one of the largest IU alumni groups in the world.

Last summer, the IU Jacobs School of Music hosted a group of 42 international music students, 40 of whom came from Ewha Womans University in Seoul. The students were immersed in daily classes in English and the instrument of their choice and had the opportunity to take part in choral and orchestra concerts during the IU Summer Music Festival.

Several recent IU courses and programs have focused on Korea:

Soon after arriving in Korea, the IU delegation will attend a Jacobs School of Music alumni concert featuring Jacobs Professor of violin Ik-Hwan Bae. The program begins with "Fanfare IU Pride," an original composition by Bum-Ki Kim, and includes a harp concerto, opera medley and Vivaldi's "Four Seasons" concerto. The concert will be followed by a reception, then a dinner with the IU Korea Alumni Association and Se-Ung Lee, chairman of the Board of Seoul Cyber University. 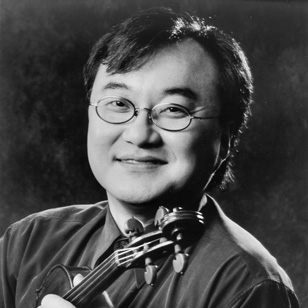 "We're glad that so many alumni will gather together for this musical celebration," said Gwyn Richards, dean of the Jacobs School of Music. "We're especially pleased to know that Professor Ik-Hwan Bae, who continues to have a close relationship with the musical world of South Korea, is able to participate. With the success of the Ewha University student group visit to Bloomington last summer, we look forward to strengthening our links with the country's musical life."

Dan Smith, dean of the Kelley School of Business at IU Bloomington, will reconnect with Robert (Buck) C. Klemkosky, the Fred T. Greene emeritus professor of finance and dean of the Graduate School of Business at SKKU. Klemkosky recently helped launch an executive MBA program to begin next fall that will provide dual degrees from SKKU's graduate school of business and the Kelley School.

"The overarching goal of the Kelley School is to be recognized as one of the most important business schools in the world. The Korean business sector has been a dynamic force in global business, and SKKU is playing a significant role in producing new leaders for the country's business sector," Smith said.

"The Global Executive MBA Program that we will launch in association with SKKU will certainly contribute to achieving this aim. SKKU is an excellent partner with quality leadership, world class facilities and a commitment to excellence. We look forward to a long relationship based on many innovative collaborative ventures."

"The School of Informatics is excited about the possibility to build upon existing IU partnerships with outstanding Korean universities, including between the bioinformatics groups in the school and at Seoul National University, and the campus' general partnership with SKKU," said Schnabel. "We will be exploring a range of activities including student exchanges, research partnerships, and the possibility of shared degree programs."

After leaving South Korea, a portion of the group will continue to Beijing, where McRobbie will visit Peking University and speak at the Fifth Beijing Forum about IU's International Strategic Plan.

"In a few short days in Korea, I will have heard wonderful musicians, all of whom were trained at Indiana University; met faculty members with extensive ongoing ties with our university; and talked with prominent business leaders who received their training at IU," said McRobbie. "IU has an increasing number of Korean students each year. Our growing body of alumni in Korea make the university's relationship with Korean universities even more important."