BLOOMINGTON, Ind. -- The Indiana University Jacobs School of Music will present more than 70 events during IU's 26th Annual ArtsWeek, adding to the annual winter festival that showcases the wide range of artistic expression on the IU Bloomington campus and in the Bloomington community.

During the 26th Annual ArtsWeek, IU's Jacobs School of Music will present several performances, many of which are related to this year's ArtsWeek theme, "Arts and the Environment." Above is an image from the opera "La Rondine," which will be presented by IU Opera Theater in conjuction with ArtsWeek.

Among the offerings, several Jacobs performances will resonate with this year's ArtsWeek theme of "Arts and the Environment."

Music and Nature: The Composer's Perception: Saturday, Feb. 20, 3 p.m., Sweeney Hall. This concert is funded in part by ArtsWeek.

Composers are often drawn to the natural world as a source of inspiration for their works. They then create sound environments that evocatively depict images of landscapes, the seasons or flora and fauna. This presentation exhibits how a variety of composers have interacted with their environments by showcasing particular topics in the pieces. The works will be heard in live instrumental and vocal performances as well as audio and video recordings. The audience will come away with a good understanding of the role that nature plays in musical aesthetics, as well as a practical ability to recognize musical thunderstorms, birds, rivers and even flowers.

Jacobs Principal Guest Conductor Uriel Segal will conduct this program featuring Modest Mussorgsky's famous piano suite in 10 movements, Pictures at an Exhibition. The work depicts a tour of an art collection, with each movement representing a different piece of art, and encourages listeners to explore this imaginary environment. Haydn's Symphony No. 101 in D Major, "The Clock," and Lutoslawski's Jeux vénitiens (Venetian Games) will also be performed.

This story about the mistress of a wealthy man seeking true love takes flight on the soaring strains of some of Giacomo Puccini's most highly regarded music. Will she stay in her gilded cage or, like the swallow, fly away for happiness in a new environment?

See https://www.music.indiana.edu/opera/rondine for more information on this upcoming production. 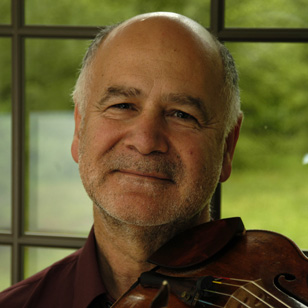 The Four Seasons is Antonio Vivaldi's best-known work and is among the most popular pieces of Baroque music of all time, with the texture of each of the four concertos varied to resemble its respective season. Stanley Richie, Jacobs professor of violin, Early Music, will conduct and will be the violin soloist. Complementing the masterwork will be Jean-Féry Rebel's Les Elémens.

Also presented at the Buskirk-Chumley Theater during this year's ArtsWeek is the Canadian Brass in a program titled "Swing That Music: A Tribute to Louis Armstrong" scheduled for Wednesday, Feb. 24, 8 p.m. The virtuosi of the Grammy Award-winning Canadian Brass, including Jacobs faculty hornist Jeff Nelsen, has made the brass quintet a vehicle for serious concert music. The ensemble, which recently celebrated its 40th season, presents works both classical and modern, with jazz, contemporary concert music and popular songs woven in.

Additional Performances: The Jacobs School of Music will present a number of additional major events during ArtsWeek. For a comprehensive listing, see the Jacobs School events calendar at https://music.indiana.edu/events.