EDITORS: This release corrects and updates a previous version that was mistakenly distributed today, Sept. 28, 2010.

Cliff Jackson will accompany her on piano. 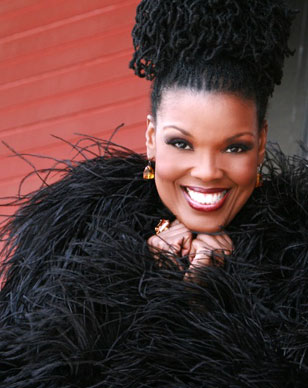 The concert, originally scheduled for July 30 and canceled when Brown had a throat infection, is part of the opera singer's mission to bring opera to the masses. Throughout the show, the down-to-earth soprano with the voice of an angel uses humor to "break down barriers" and help audiences better relate to opera narratives in an effort to broaden an understanding and awareness of opera. Woven throughout her commentary are powerful arias, poignant art songs and moving spiritual numbers.

"The biggest misconception about opera is that it's only geared toward elitist audiences," she has said. "Anybody could really enjoy an opera if they choose to."

The Jacobs performance will be filmed to help further Brown's effort to demystify opera through Opera from a Sistah's Point of View, which has been the subject of segments on CNN and "Oprah," among other news outlets. See the CNN segment here: https://www.cnn.com/video/#/video/living/2009/12/04/wm.opera.brown.cnn

After studying with IU Distinguished Professor Virginia Zeani (also an internationally renowned soprano), Brown won the 1997 Metropolitan Opera National Council Auditions, later becoming a star of the opera world after her 2004 Met debut as Aida. She has performed with the Hamburg Opera and Vienna State Opera, as well as with top symphony orchestras and opera companies throughout the U.S. She guest starred on Garrison Keillor's radio show, "A Prairie Home Companion," in June 2009. On July 4, Brown sang at the World Expo 2010 in Shanghai as a guest of USA Pavilion and the United States Consulate, as part of her "We Are 1: Support a Cause for Unity" project. Throughout the solo recital, images of all kinds of people from around the world flashed on the screen.

Over the years, Brown has had many opportunities to work with Jacobs School musicians. She has worked with conductor and former IU music professor Robert Porco, performed with Jacobs Dean Emeritus Charles Webb, and still occasionally receives lessons from Zeani, her former but "still instrumental" voice coach.

"Since leaving IU, I have seen a lot of people that I went to school with in the business," Brown said. "It is nice to be able to have these relationships grow outside of Jacobs."

'Opera from a Sistah's Point of View' program