Strand will give seminars for selected groups of students and faculty during his two-day visit to campus, which will also include a public lecture and reading in Fine Arts 015 at 5:30 p.m. on Oct. 14. 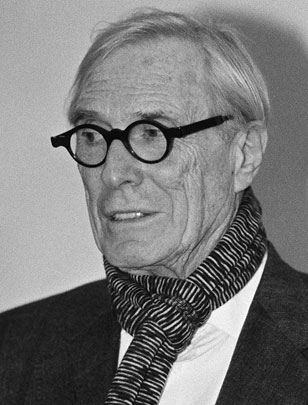 Strand is currently a member of the Columbia University faculty in the departments of English and Comparative Literature. Arguably one of the best North American poets, he is the author of several acclaimed poetry collections, including Man and Camel (Knopf, 2006); Blizzard of One (1998), which won the Pulitzer Prize; Dark Harbor (1993); The Continuous Life (1990); The Story of Our Lives (1973); and Reasons for Moving (1968).

"Mark Strand is one of the very top poets in the English language and is well-respected by the scholarly community," said Andrea Ciccarelli, director of IU's College Arts and Humanities Institute. "I admire his precise, ironic and dense poetic production. It is a true honor to host such a great poet and intellectual at IU."

Strand has been invited to IU under the auspices of the "Solitude" lecture series. Previous guests of this lecture series have been Nobel Prize winners J. M. Coetzee and Seamus Heaney and Pulitzer Prize winners and U.S. Poet laureates Robert Hass, Billy Collins, W.S. Merwin and Louise Glück.

Strand's activity as a poet is complemented by a prolific scholarly production. Besides two books of prose, he has published several volumes of translation (among many, he has translated the works of Rafael Alberti and Carlos Drummond de Andrade), a number of monographs on contemporary artists and three books for children. He is the editor of numerous literary and poetic anthologies, including 100 Great Poems of the Twentieth Century (W. W. Norton, 2005), The Golden Ecco Anthology (1994), The Best American Poetry 1991 and Another Republic: 17 European and South American Writers (with Charles Simic, 1976).