BLOOMINGTON, Ind. -- Indiana University's new Center for Integrative Photographic Studies opened last spring with a mission to promote the multidisciplinary study of photography among the arts, sciences and humanities at all eight of IU's campuses and beyond. 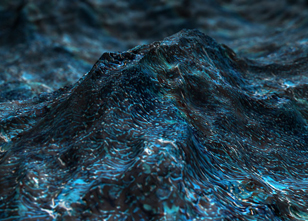 "Crossing" by Arthur Liou, associate professor and head of digital art at IU

This fall, the center launched a program that will bring at least two external fellows to campus each year for periods of time ranging from two days to a week.

The center hosted a lecture by Tokihiro Sato, one of Japan's best-known artists working in contemporary photography, in early September. Upcoming free, public events include:

Subhankar is an Indian-born American photographer, writer and environmental educator who works to raise awareness about issues that threaten the health and well-being of the planet. 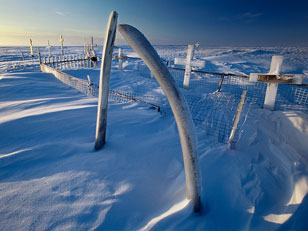 "Through this center, we hope to preserve and study photographic images and practices and forge links with other, similar centers and individuals around the world," said IU Professor Jeffrey Wolin, director of the new center. Wolin is the recipient of a Guggenheim Fellowship and two fellowships from the National Endowment for the Arts. Associate director for the center is James Nakagawa, an IU associate professor of photography and also the recipient of a Guggenheim Fellowship. 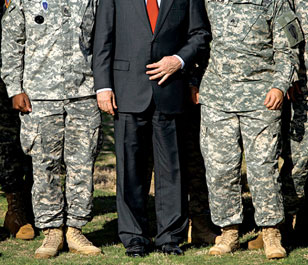 "In Search of the 'Body Politic': Feet and Hands in Contemporary Photojournalism," John Lucaites

Fellows from several departments from IU's College of Arts and Sciences are involved in collaborations with the Center for Integrative Photographic Studies, as are the School of Journalism, the IU Art Museum, the Mathers Museum, the Fine Arts Library and the Kinsey Institute for Research in Sex, Gender, and Reproduction.

The center will draw upon the world-class photography holdings on campus, encouraging interdisciplinary connections between artists, scholars, scientists and curators, Wolin said.

Upcoming collaborations include an exhibition of images made using electron microscopes with the Light Microscopy Imaging Center; a project with IU's Advanced Visualization Lab that looks at issues of stereo photography, hyper-reality and mass data storage; and a project with brain scientists who research the way human vision is constructed in the brain and the way motion is perceived.

Other areas of inquiry will include:

The center will look into the photographic conservation of IU's 500,000 films, audio and video works. In addition, scientists who create and study lens-based and sensing images will be able to work with artists to explore issues of composition, lighting, pattern and beauty. In 2005, Chancellor's Professor of Biology Roger Hangarter collaborated with SoFA photographer Dennis DeHart on sLowlife, a multimedia exhibition that debuted at SoFA Gallery and traveled to other venues, including the U.S. Botanic Garden Conservatory in Washington, D.C. Wolin hopes establishment of the center will encourage similar collaborations.

IU is one of the only schools in the country with two Guggenheim Fellows in photography on its permanent faculty.

The history of photography at IU

Following World War II, Professor Henry Holmes Smith was recruited from the New Bauhaus at the Institute of Design in Chicago to join Indiana University's expanding art department. At IU, Smith established the second-oldest MFA program in photography in the U.S., quickly turning IU into a nationwide leader in the production of creative photography and in its critical study. He also wrote for the seminal photography magazine, Aperture. Under Smith's tutelage, IU became one of the first U.S. universities to teach the History of Photography, a course that has since joined the curriculum of almost every school and university across the country.

For more information about the Center for Integrative Photographic Studies, contact Jeffrey Wolin, director, wolin@indiana.edu; James Nakagawa, associate director, at onakagaw@indiana.edu or Jaclyn Wright, assistant to the director, at jarowrig@umail.iu.edu.