BLOOMINGTON, Ind. -- Indiana University is offering a series of Master Classes in the Humanities, bringing to the Bloomington campus four leading scholars who will explore the art of interpretation for audiences of students and faculty. 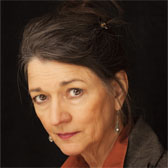 The series begins today (Oct. 7) with a lecture by Marina Warner, a writer of fiction, cultural history and criticism. She will speak on "The Couch: The Flight of Freud's 'Smyrna Rug'" at 5 p.m. in the Moot Court Room of the IU Maurer School of Law.

Other lectures in the series will include: 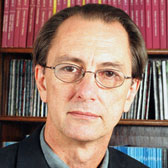 Instead of presenting the usual talk about current research, each master teacher will unfold the art of interpretation by focusing on a single object, carefully peeling off layers of meaning. As a result, the protocols, conventions and operations of a discipline will come into view, and the presentation will open up new possibilities of reading and understanding through the creative art of interpretation.

Marina Warner is professor of literature, film and theatre studies at the University of Essex. In her writing, she specializes in mythology and fairy-tales, with an emphasis on the part women play in them. Her books include Alone of All Her Sex: The Myth and the Cult of the Virgin Mary (1976), From the Beast to the Blonde (1994), and Phantasmagoria: Spirit Visions, Metaphors, and Media (2006). She has published five novels and was shortlisted for the Booker Prize.

David Wellbery is the LeRoy T. and Margaret Deffenbaugh Carlson University Professor at the University of Chicago, where he holds appointments in Germanic studies and comparative literature. He is the author of two studies that are considered classics in the field of German literary history: Lessing's Laocoön: Semiotics and Aesthetics in the Age of Reason (1984) and The Specular Moment: Goethe's Early Lyric and the Beginnings of Romanticism (1996). In 2005, he was awarded the Research Prize of the Alexander von Humboldt Foundation. 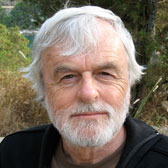 T. J. Clark is the George C. and Helen N. Pardee Chair and professor of art history, University of California at Berkeley. His books include The Absolute Bourgeois: Artists and Politics in France, 1848-51 and Image of the People: Gustave Courbet and the 1848 Revolution (both 1973); The Painting of Modern Life: Paris in the Art of Manet and his Followers, (1985); and Farewell to an Idea: Episodes from a History of Modernism, (1999). He was awarded a $1.5 million Andrew W. Mellon Foundation distinguished achievement award in 2006.

Carlo Ginzburg is Franklin D. Murphy Professor of Italian Renaissance Studies, emeritus, at the University of California, Los Angeles. His most famous book is The Cheese and the Worms: The Cosmos of a Sixteenth Century Miller (1980). His many other books include: The Enigma of Piero della Francesca (1985); Clues, Myths and the Historical Method (1989); and No Island is an Island: Four Glances at English Literature in a World Perspective (2000). He is a member of the American Academy of Arts and the British Academy. 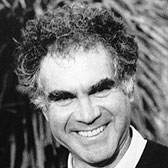 The Master Classes series accompanies Indiana University's Remak New Knowledge Seminar sponsored by the Institute for Advanced Study. The institute selected Chaouli and Wahrman as Henry H.H. Remak Distinguished Scholars for 2010 as a result of the series proposal.

The series is funded by the Institute for Advanced Study, the College Arts and Humanities Institute, the Multidisciplinary Ventures and Seminars Fund of the Office of the Vice Provost for Faculty and Academic Affairs and the Provost's Office.