BLOOMINGTON, Ind. -- Henry Glassie, College Professor Emeritus at Indiana University, is the recipient of the American Folklore Society's (AFS) Lifetime Achievement Award. This is the second such honor that he has received within the past year.

A year ago, Glassie was awarded the Charles Homer Haskins Prize of the American Council of Learned Societies. He was one of two people who received the AFS award this year and the third member of the IU Department of Folklore and Ethnomusicology to be so honored. 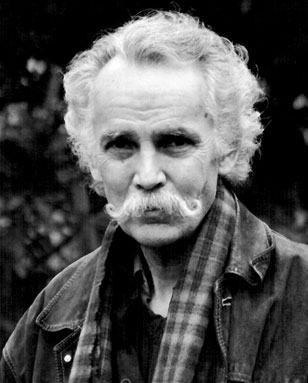 This is the highest honor that the AFS bestows and it is bestowed upon a living senior scholar in recognition of outstanding scholarly achievement over the course of a career.

Its five other previous winners include two other IU professors -- Richard Bauman, Distinguished Professor Emeritus of folklore and ethnomusicology at IU; and Linda Dégh, also a Distinguished Professor Emeritus of folklore. They also include an IU alumnus, Michael Owen Jones, professor of history and folklore at the University of California at Los Angeles, who received the honor this year as well.

Glassie noted that the award demonstrates IU's legacy in the field, as well as recognizing his extensive body of work.

"The American Folklore Society is my community and I feel particularly honored to receive this award," Glassie said. "Folklorists are students of community and, therefore, an award that comes from my community is a particular honor.

"This one has particular meaning because of the fact that it comes to me from the very community that I've been addressing in most of my work. And it makes me happy for our community, Indiana University, in that it demonstrates how powerful and successful that our community has been," he added.

John H. McDowell, chair and professor in the Department of Folklore and Ethnomusicology, added, "This is very much a deserved recognition for a lifetime of superior academic work. Henry has been our ambassador to the world and has shown a wonderful sensitivity to the art in many places and to the concerns of the people who produce it.

IU is where the study of folklore as an academic project was launched in America, and it remains one of the most established folklore programs in the country. IU awarded the first doctorate in folklore in the United States in 1953. Its graduates have gone on to found similar programs around the country and other nations. It is part of IU's College of Arts and Sciences.

Glassie has written five books about Irish culture, including Passing the Time in Ballymenone (Indiana University Press, 1995), in which he presented a comprehensive review of folklife in the Ulster community. It won the Chicago Folklore Prize and the Haney Prize in the Social Sciences, and it was named a notable book of the year by the New York Times. In 2006, he produced a follow-up work, The Stars of Ballymenone (IU Press, 2006).

Throughout his career, Glassie has studied the cultures of traditional communities around the world. He has documented his fieldwork in award-winning books on life in rural Virginia, Turkey, and Bangladesh.

He also has been the recipient of the Award of Honor for Superior Service to Turkish Culture from the Ministry of Culture of the Turkish Republic and the Friend of Bangladesh Award in Recognition of Outstanding Contribution toward Bangladesh from the Federation of Bangladeshi Associations in North America.

Glassie's latest book, a biography of the Nigerian artist Prince Twins Seven-Seven, was published this year by IU Press. He began his career as the state folklorist of Pennsylvania, then taught at the University of Pennsylvania and IU. At both universities, he served as chairman of the folklore department. He also served as president of the American Folklore Society and president of the Vernacular Architecture Forum.

He also has helped to establish three museums in the United States and Ireland, including Conner Prairie, an outdoor living history museum in Fishers, Ind.

"No living folklorist has reached wider for new experience, nor produced such a comprehensive scholarly oeuvre," Cashman and Mould wrote in their nomination letter.