BLOOMINGTON, Ind. -- The National Sportscasters and Sportswriters Association, a 600-member organization that includes America's top broadcasters and writers, announced today (Nov. 2) that it is partnering with the Indiana University National Sports Journalism Center to develop educational opportunities in sports journalism. 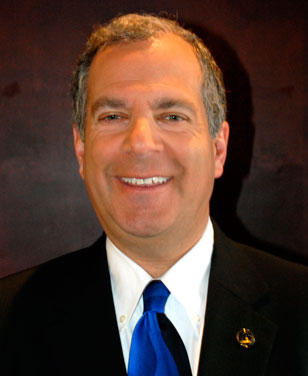 The 51-year-old sportscasters and sportswriters association, which is headquartered in Salisbury, N.C., is one of the nation's oldest and largest sports media organizations. The IU National Sports Journalism Center is based at Indiana University-Purdue Univeristy Indianapolis (IUPUI).

"I am excited about our partnership with IU," said Dave Goren, the executive director of NSSA. "It has been my goal that every relationship that NSSA enters into should be mutually beneficial. And, I see great promise for both the university and NSSA in this partnership."

"This partnership will allow us to work together to help reach that goal," Goren said.

IU will work with NSSA on several projects. They will team up to host educational panels and workshops for students, faculty and working professionals. NSSA will provide prominent sportscasters for these forums, and IU will form a student NSSA chapter.

"This partnership will help to further connect our sports journalism students to the professional world," said Tim Franklin, the director of the IU National Sports Journalism Center and the Louis A. Weil Jr. Endowed Chair in the School of Journalism. "NSSA includes the nation's top sports broadcasters, and the organization will help bring some of those leading professionals to campus to meet with our students.

"This will create invaluable educational and networking opportunities for our students. I'm also looking forward to working with NSSA on organizing topical workshops that will enhance the educational experience for our students, faculty and visiting professional journalists," Franklin added.

NSSA is the second major professional sports media organization to affiliate with the IU sports journalism center. Last year, the Associated Press Sports Editors organization, which includes the nation's top print and online sports editors, announced that it would be based at the center.

In April, the sports journalism center dedicated the APSE Red Smith Award Hall of Fame in the Student Media Center on the IUPUI campus. The sports editors will also hold their national winter conference at IUPUI in February.

Every year, NSSA names the National Sportscaster and Sportswriter of the Year, as well as top winners in all 50 states. Its hall of fame in Salisbury includes more than 80 of the top names in the industry. More information about NSSA and its hall of fame can be found at: www.nssafame.com.

Goren said the connections between IU and NSSA are already strong. Brad Hamm, the dean of the IU School of Journalism, is a native of Salisbury, N.C. "Dean Hamm knows and appreciates the history of NSSA. I'm looking forward to working with him and Tim Franklin to make this a long-term relationship."