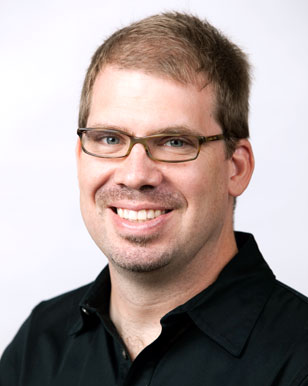 The award honors Guterl for his distinguished teaching, advising and program development, and his achievements and contributions to the field at the local, regional, national and international levels. He will be presented with the award at the ASA meeting in San Antonio on Nov. 19.

"This is a richly deserved honor," said Michael Steiner, chair of the selection committee. "We received an almost overwhelming outpouring of heartfelt testimony, including eloquent letters from some 40 colleagues at Indiana University and nine other campuses across the country as well as from 16 of his current and former students. Time and again, these letters praise his intellectual creativity and energy, his devotion to program building in path-breaking areas of American studies and his tireless efforts to enhance the careers of your students and colleagues."

A historian of race and race relations in the United States, the Americas and the world, Guterl is the author of two books published by Harvard University Press. His first book, The Color of Race in America, 1900-1940, was named Best Book of 2001 on the History of Race and Ethnicity by the American Political Science Association. He is currently at work on two books: a biography of Josephine Baker, focusing on her adopted family, and a critique of the visual culture of race.

Guterl is an adjunct professor in the Department of History and in the College of Arts and Sciences' Cultural Studies and African Studies programs; he is also an affiliated faculty member in the Latin American and Caribbean Studies Program. He earned his Ph.D. in history at Rutgers University in 1999 and joined the Indiana University faculty in 2003.

"Matt Guterl is a tremendously successful director, universally admired for his administrative skill, his intellectual depth, and his complete honesty and thorough decency," said Karen Hanson, IU Bloomington provost and executive vice president. "I congratulate him on receiving this recognition from his peers in the field."

For more information on the American Studies Association, see https://www.theasa.net/.