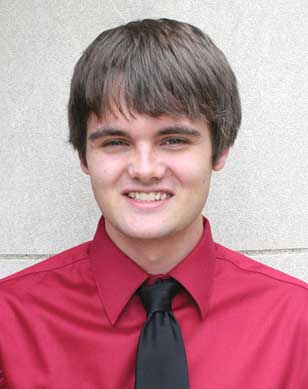 "I want to expand more on what we have done this semester and look at what stories deserve a big space and which deserve a small space to serve our readers," Wright said.

The IU Student Media Board selected Wright after an extensive interview process. Wright has had several positions on the Daily Student staff, including managing editor and art director. Wright has written for the Arbutus yearbook and served as a special projects intern for Indianapolis Monthly last summer.

The editor-in-chief is accountable for all content printed in the student newspaper. In addition, the editor is responsible for selecting and managing students for the staff.

"I like that Jake has a design background and editorial background," Brubeck said. "As editor-in-chief he can be both design and editorial and people will be able to see that in the spring."

Wright is double majoring in journalism and apparel merchandising. Within his journalism major, he is focusing on magazine writing and reporting. After graduation, he said he plans to pursue a job or internship with a large newspaper or magazine.

"As editor, there will be things that I will have to think about that I never had to think of before," Wright said. "I will become more well-rounded from the experience in general and running a staff will help me with my work ethic."

Published by students for students, the Indiana Daily Student, Inside magazine and Arbutus yearbook are among the nation's most honored collegiate publications, consistently winning top national honors. Student editors are in charge of publications' content, with editorial independence granted by the IU Board of Trustees.

The publications and their sites comprise IU Student Media, a self-supporting IU auxiliary in historic Ernie Pyle Hall with the IU School of Journalism. The Indiana Daily Student, first published in 1867 and becoming daily in 1899, now publishes 15,000 copies per day with an online readership of 230,000 users per month.