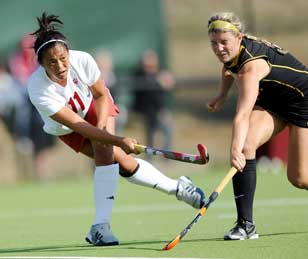 Moeljadi, a native of Culver City, Calif., leads the Hoosiers with six goals to go along with four assists for 16 points on the season. She also owns a team-best four defensive saves, which is tied for second in IU's single-season record book with Mutsa Mutembwa (2009) and Morgan Albini (2002).

Brautigam, a native of Landisville, Pa., has scored three goals on the season, two of which were overtime game-winners, for six points. Five of her seven shots on the season have been on goal for a shot on goal percentage of .714.

Milici, a native of Branford, Conn., was chosen as an individual who has distinguished herself through sportsmanship and ethical behavior. Student-athletes chosen for the honor must be in good academic standings and have demonstrated good citizenship outside of the sports-competition setting. Milici has scored one goal on the season and played in 15 games.