BLOOMINGTON, Ind. -- Four candidates for the position of vice provost for enrollment management will be at Indiana University Bloomington in the next week to meet with administrators, staff and students and take part in public forums with members of the campus community.

Finalists for the position were identified by a search committee made up of faculty, staff and students and chaired by Jean Robinson, professor of political science and associate dean for faculty and academic programs in the College of Arts and Sciences. They are:

"The search committee has identified highly qualified candidates for this vitally important position," said Provost and Executive Vice President Karen Hanson. "In recent years, IU Bloomington has made great progress in recruiting, enrolling, and retaining the very best students. These visits are important opportunities for members of the campus community to engage with the prospective candidates and to learn how they envision building on that progress." 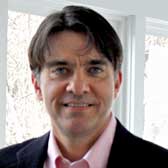 Marthers will be on campus for meetings on Thursday (Nov. 11), Roche on Nov. 15, Fossen on Nov. 16 and Johnson on Nov. 17. Open forums will take place each day at 4:30 p.m. -- at Whittenberger Auditorium in the Indiana Memorial Union for Marthers, Roche and Fossen and at the Moot Court Room of the IU Maurer School of Law for Johnson. 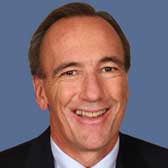 Each candidate will spend a full day at IU Bloomington, during which he or she will meet with Hanson, academic deans and other administrators, student leaders and Office of Enrollment staff; take part in a public forum and reception; and have dinner with campus vice provosts.

Marthers has been vice president and dean in charge of undergraduate and graduate admissions and financial aid at Rensselaer Polytechnic Institute in Troy, N.Y., since 2009. Prior to that, he was dean of admission at Reed College and director of admissions at Oberlin College. He has a bachelor's degree from Oberlin College, master's degrees from Boston University and Reed College, and a doctorate in education from the University of Pennsylvania. 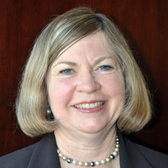 Roche has been associate vice president at Washington State University in Pullman, Wash., since 2006. Prior to that, he served for six years as Washington State's director of institutional research. He has been director of communications at EDUCAUSE, an association for information technology in higher education; an editor with the American Association of Community Colleges; and a university journalism professor. He has a bachelor's degree from Southern Illinois University at Edwardsville, a master's from Marquette University and a Ph.D. in mass communications from IU Bloomington.

Fossen has supervised the enrollment division at Eastern Kentucky University in Richmond, Ky., since 2009. Prior to that, she spent seven years as vice president for enrollment management at The University of Texas Brownsville and Texas Southmost College. She has also been an administrator at colleges in Washington, Oregon, Wyoming, Montana and Alaska. She has bachelor's and master's degrees from Montana State University-Northern and has been a high school teacher and coach. 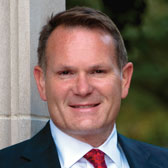 Johnson was associate vice provost for the IU Bloomington Office of Enrollment Management until being named interim vice provost this spring. Before coming to IU in 2007, he was director of enrollment services and programs and held other positions at the University of Alabama, Tuscaloosa. He previously was an administrator at Troy University in Dothan, Ala. He has a bachelor's degree from Troy, a master's from Auburn University and a doctorate in education from the University of Alabama.