BLOOMINGTON, Ind. -- On Wednesday (Nov. 10), Erskine Bowles and Alan Simpson, co-chairmen of President Obama's fiscal commission, released their preliminary proposals to reduce the growth of the U.S. national debt by $4 trillion over the next decade.

According to Bradley Heim, associate professor at the Indiana University School of Public and Environmental Affairs, who worked from 2006-10 as a financial economist in the Office of Tax Analysis at the U.S. Department of the Treasury, the plan would put the U.S. budget on a path toward solvency. 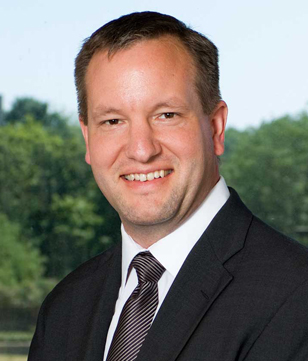 "Spending would be reduced, benefits would be calculated more accurately, and the tax system would be made more efficient," he said. "Of course, the devil is in the details, and doing all of these things involves costs that fall on politically important constituencies."

The plan, explained Heim, contains many ideas that tax and budget analysts have advocated for years -- repeal the alternative minimum tax, broaden the tax base and lower tax rates, cut the federal workforce, cut farm subsidies, raise the retirement age for Social Security, eliminate earmarks, and cut other defense and domestic spending. "Most -- if not all -- of these ideas are politically unpopular, which explains why they are just good ideas and not current law," he said.

Similar tax proposals were made by President George W. Bush's tax reform panel in 2005. "That report went nowhere," Heim said. "As a result, this plan is unlikely to be brought up for a vote, much less pass the House and Senate, in anything like its current form."

Tea Party members and Republicans are unlikely to support the proposal because it includes tax increases. "Marginal rates are cut in the plan, but most tax deductions are eliminated, and dividends and capital gains are taxed at ordinary rates, with a net effect of a higher tax burden," he said. "The plan does restrict tax revenues to be less than 21 percent of the gross domestic product. But federal tax receipts haven't been above that level at any point in the past 80 years, which includes years in which conservatives viewed the tax burden as being much too high."

Democrats are also unlikely to support the plan. "They will view it as too skewed toward spending cuts instead of tax increases -- the plan currently has a 3-1 ratio of the former to the latter," he said. "In addition, a number of the proposals affect their core constituencies. Labor will not like the changes to Social Security or the cuts in the government workforce, the bar will not like tort reform, and seniors will not like the proposed changes to Medicare or the change in how cost of living increases are calculated.

"So, the question becomes whether both sides will accept a plan that neither side likes. I doubt it."