At 56, he is the youngest person to receive the highest honor the society bestows on one of its members. This equivalent to a lifetime achievement award was announced at the group's annual meeting Nov. 6 in Indianapolis. 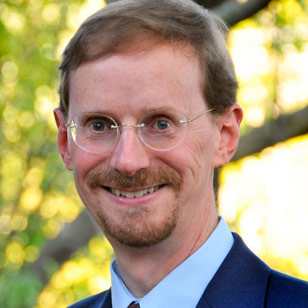 Burkholder was honored as a leader in research on 20th-century music (especially on the music of Charles Ives); as a music history pedagogue (including his landmark rewriting of A History of Western Music, the most widely used textbook of its kind); and for service to the American Musicological Society as a board member, vice president and president.

"What an honor for Professor Burkholder, the department and our school," Jacobs Dean Gwyn Richards said. "It is a reflection of his accomplishments, his standing in the field, his service to the profession and a testament to the impact of his teaching, research and publications."

According to the organization's bylaws, "Honorary members shall be longstanding members of the society who have made outstanding contributions to furthering its stated objective and whom the society wishes to honor." Recipients are chosen by the group's board of directors after nomination by its council.

Just 65 people have been named honorary members of the American Musicological Society since the honor was first bestowed in 1962. The list of recipients reads like a roster of the leading musicologists in the United States and includes Willi Apel, who taught at IU from 1950 to 1970, and Bruno Nettl, who received his Ph.D. from Indiana University.

"It is indeed an honor to be named an honorary member of the AMS, and it's especially meaningful given that several past recipients were my teachers and mentors," Burkholder said.

The news of Burkholder's award follows the recent announcement that the Jacobs School's Musicology Department was recognized as among the best in the United States in the Assessment of Research Doctorate Programs by the National Research Council.

He is the editor of Charles Ives and His World, co-editor of Charles Ives and the Classical Tradition, and has articles in The New Grove Dictionary of Music and Musicians, 2nd ed., Journal of the American Musicological Society, Journal of Musicology, 19th-Century Music, Musical Quarterly, Notes, Music Theory Spectrum, College Music Symposium and others.

He is the past president of The Charles Ives Society and a past board member of the College Music Society.