WHAT: The Winter's Tale, by William Shakespeare, directed by Jonathan Courtemanche
WHEN: Opens Friday (Feb. 25) at 7:30 p.m. Additional performances on Feb. 26 and March 1 through March 5 at 7:30 p.m., with a matinee performance on Saturday (March 5) at 2 p.m.
WHERE: All performances take place at the Ruth N. Halls Theatre in the Lee Norvelle Theatre and Drama Center at 275 N. Jordan Ave. No photography or recording of any kind is permitted during performances. This production includes mature content.
TICKETS: Regular admission is $22, $15 for students, $16 for senior citizens; $10 Student Rush tickets available with cash and a valid student ID on the day of each performance.

BLOOMINGTON, Ind. -- Indiana University Theatre continues the second half of its 2010-11 season Friday, Feb. 25, with an inspired interpretation of William Shakespeare's sweeping saga The Winter's Tale. 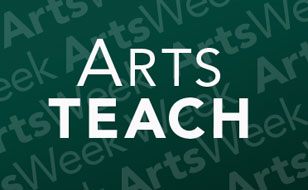 The Winter's Tale is affiliated with the 27th annual ArtsWeek. This year's Arts Week theme is Arts Teach. The Department of Theatre and Drama has devised a series of workshops (taking place Saturday, Feb. 26) that complement the production and provide area high school students with Shakespearean acting training.

Polixenes, the King of Bohemia, travels a great distance to visit his childhood friend Leontes, the King of Sicilia. After nine months, duty to his kingdom calls, but Leontes cannot bear the news that Polixenes must depart. The queen persuades the Bohemian to stay, but suspicions flare when Leontes decides that his friend gave in to his wife a bit too easily. Leontes' jealousy descends into a rage that tears his family and friendships apart. Spanning time and tempest, this play reveals the cycle of life and the power of love in a world filled with magic, wonder and prophecy.

Courtemanche seeks to bring that magic to the Norvelle Center stage as he presents the culmination of his work as an M.F.A. directing student at IU.

Courtemanche said he feels honored to be given license on such a large project. "I'd forgotten how much I loved The Winter's Tale. I actually thought having Shakespeare on my wish list would be a long shot," he said. Courtemanche appreciates The Winter's Tale for "its maturity -- you get a lot more 'psychological stuff' to play with than in Shakespeare's other works. People who don't know this play will be surprised at the intensity of the drama. I've become surprised by how much humor there is in it," he said.

Students might be surprised to see a version of Shakespeare that does not exactly fit their expectations of the Bard's traditional work. Courtemanche has re-envisioned the play, preserving the language but updating the look with what costume designer Lydia Dawson describes as "very loosely inspired by steampunk," a sub-genre of speculative fiction that combines sci-fi and alternate history that became popular in the 1980s and early 1990s. Steampunk describes a futuristic era in which steam power is still used widely as imagined through the lens of future predictions made in the 19th century (picture the future as imagined by H.G. Wells in The Time Machine).

Dawson calls the steampunk look "a Victorian aesthetic inspired by the modern, if we had all of the conveniences, technologies, and clothing that we had today, but it was created instead sometime in the Victorian era and power by steam technology."

These fantasy innovations are embraced by a large youth subculture that thrives on seeing the new in an old way. "Steampunk really started cropping up (in America) in the 1980s, but in the past couple of years, it has been growing more," Dawson said, adding that the aesthetic is about seeing how things work structurally.

The steampunk approach was inspired by Courtemanche's reading of the play, Dawson said. "The text focuses a lot on time and time passing," Dawson said. "Jonathan kept bringing us pictures of clocks and clockworks, the look sort of came about organically from that."

"Time heals all wounds, time marching on, that's all in the play," Courtemanche said. "Though I started with a very specific time or era as a jumping off point, all 'time' and 'time passing' is, in fact, a major thematic element throughout the work."

Set designer Katie McDermott was inspired by an image that Courtemanche brought her of the famous medieval astronomical clock in Prague, Czech Republic. The photograph served as a jumping off point for both the layout of the set and the color scheme. McDermott said that Courtemanche talked about a world the audience could recognize that isn't quite reality. "It's a place that doesn't exactly exist. It's a world that can live in both (past and future; fantasy and reality) -- very abstract."

The production serves as the thesis project for Dawson and McDermott, both third-year M.F.A. design students. Working in the program has given each designer a chance to hone their talents and explore teaching.

The production also serves as a thesis project for two of the Department of Theatre and Drama's third-year M.F.A. acting candidates. Abby Rowold (Rabbit Hole, Marat/Sade) plays Paulina, a Sicilian noblewoman and a fierce friend to the scorned Queen Hermione. Rowold is enthusiastic about tackling Shakespeare as a culminating project at this stage in her evolution as an actor. "I had touched on every other genre already. It takes everything that I've learned thus far and then demands a little bit extra on top of that," she said. Courtemanche calls Paulina "one of the strongest women that Shakespeare ever wrote," adding that her strength is special because she is unburdened by romantic entanglement.

Third-year M.F.A. candidate Shewan Howard plays King Leontes."The best parts of rehearsal are working with great actors like Shewan and Abby who bring such great ideas to the table. Our rehearsals are like great discussions." Courtemanche said.

Courtemanche said the collaborative process has allowed him to tap the resources of the department by enlisting the help of celebrated faculty members, among them Associate Professor of Voice and Speech Nancy Lipschultz, his advisor Professor Dale McFadden, and Early Modern scholar, Assistant Professor Amy Cook. "The more collaborators I can get, the better," he said. "(Fourth-year Ph. D. candidate) Sarah McCarroll is my production dramaturg -- that girl is whip smart when it comes to Shakespeare -- I couldn't do it without her."

To see information about the entire cast and production team, in addition to details about the rest of the 2010-11 season visit theatre.indiana.edu.