BLOOMINGTON, Ind. -- Three nationally recognized authorities on issues facing K-12 education will participate in a panel discussion on the future of teacher education moderated by IU alumna and broadcaster Jane Pauley during the August meeting of the Indiana University Board of Trustees in Indianapolis. 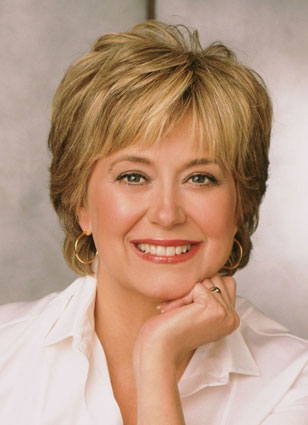 "Few issues arouse greater concern than the state of K-12 education in the United States," said Trustee Bruce Cole, who first suggested the idea of a forum. "We want to come away with a broad overview of K-12 school reform and we are interested in a number of considerations, including best practices, what role schools of education might play in the effort, what's working and what's not."

The panel discussion will take place in the auditorium of the University Place Conference Center on the campus of Indiana University-Purdue University Indianapolis, beginning at 8:30 a.m. Friday, Aug. 17. It will be open to the public.

The three panelists will be Arthur Levine, president of the Woodrow Wilson National Fellowship Foundation; David M. Steiner, dean of the School of Education at Hunter College; and Sandra Stotsky, professor of education reform at the University of Arkansas, Fayetteville.

The panel will be moderated by Pauley, who is a member of the board of directors of the Mind Trust in Indianapolis, which is dedicated to improving public education for underserved children by empowering education entrepreneurs to develop or expand transformative education initiatives.

"In identifying the panelists, we were looking for individuals who have taken a leadership role in the reform of K-12," Cole said. "They each bring significant experience and expertise to the table. And Jane Pauley is passionate about the need for reform and is deeply invested in the work that the Mind Trust is doing in the field."

Levine, the sixth president of the Woodrow Wilson National Fellowship Foundation, previously served as president and professor of education at Teachers College, Columbia University; and before that, as chair of the Higher Education program and chair of the Institute for Educational Management at the Harvard Graduate School of Education. He was formerly president of Bradford College and senior fellow at the Carnegie Foundation and Carnegie Council for Policy Studies in Higher Education. Levine has served as consultant to more than 250 colleges and universities and has written widely on the preparation of school leaders, teachers and education researchers.

Steiner, a former commissioner of education for the state of New York, has devoted his professional work to the cause of education reform. He has served on federal, state and foundation-funded education reform initiatives; addressed education policy makers in the United States, Europe and the Middle East; and authored or edited books, book chapters and more than 50 articles on education issues. While serving as commissioner, Steiner took the lead role in the state's successful Race to the Top application, which brought about $700 million to New York to implement statewide curricula in all major subjects, reform of the state standards and assessments, redesign of teacher certification and a comprehensive program to address the state's lowest-performing schools.

Stotsky, who holds the 21st Century Chair in Teacher Quality, is a nationally known advocate of standards-based reform and strong academic standards and assessments for students and teachers. Her research includes the quality of pre-K-12 standards, teacher preparation programs and teacher licensure tests; and the strengths and weaknesses of high school English curricula.

She has served on the Massachusetts Board of Elementary and Secondary Education, and she was senior associate commissioner in the Massachusetts Department of Education, where she directed complete revisions of the state's pre-K-12 standards for all major subjects; its licensing regulations for teachers, administrators and teacher training schools; and its tests for teacher licensure. She also served on the National Mathematics Advisory Panel and on the Common Core Validation Committee. In addition, she planned and directed major research projects on middle school mathematics education, research reports on various curricular areas in preK-12 and statewide conferences on history education, character education, mathematics education and Structured English Immersion.