BLOOMINGTON, Ind. -- An Indiana University School of Education faculty member has brought together some of the world's top scholars of homeschooling to form a research organization and a companion website, providing the latest resources for those interested in academic scholarship on homeschooling. Associate professor Robert Kunzman announced the formation of the International Center for Home Education Research, which unveiled its new website www.ICHER.org this week. 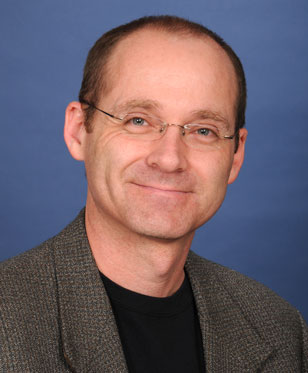 "The center grew out of an ongoing collaboration with several colleagues across the world who study homeschooling and who have expressed a desire to create a network of scholars who can exchange ideas, share research and contribute more to the public and policy conversations about homeschooling," he said. Kunzman has studied homeschooling intensely for the past decade and is the author of "Write These Laws on Your Children: Inside the World of Conservative Christian Homeschooling," a widely praised profile of homeschool families published by Beacon Press in 2009.

By the most recent numbers from the U.S. Department of Education, 1.5 million students were homeschooled in the United States in 2007 -- likely an undercount of the actual number, which is probably more than 2 million, according to Kunzman. Between 1999 and 2007, the number of reported homeschoolers increased 74 percent. Despite the increase, Kunzman observed there hasn't been a nonpartisan resource for collected scholarship.

"Our goal is to present homeschooling neither as the answer for everything nor as a problem that needs to be solved," he said, "but rather as a fascinating educational phenomenon that deserves thoughtful analysis and commentary."

The organization and the website are intended to provide a resource for anyone, from parents to the press, to find information and to gain insight into homeschooling.

"The website is the largest collection of academic scholarship on homeschooling that's freely available anywhere in the world," Kunzman said, noting that the database is easily searchable by topic, author or type of publication. "There's a 'frequently asked questions' page for journalists or others interested in finding out basics about homeschooling, as well as a comprehensive collection of state and international regulations by country and by U.S. state. We'll also feature regular reviews of emerging homeschool research and opportunities for scholars to network and collaborate through our organization."

The International Center for Home Education Research's founding board members are drawn from the United States, Canada and Europe.

"The members of the center have more than 65 combined years of homeschool research experience," Kunzman said. "We're all interested in questions about what homeschoolers are doing and what's the significance of it for their children and for broader society. A research center that serves as a clearinghouse for research and an opportunity for scholarly dialogue and collaboration can be an effective tool for contributing to the public conversation."