INDIANAPOLIS -- The Norwegian Nobel Committee made the right choice in awarding the 2012 Nobel Peace Prize to the European Union, says John McCormick, an expert on the EU and its politics at Indiana University-Purdue University Indianapolis. 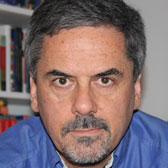 "The EU is a deserving winner," he said, "having played a key role not just in bringing peace to Europe but in promoting democracy and free markets more widely through incentives and encouragement rather than through the use or threat of violence. Some have responded by arguing that NATO deserves at least equal credit. I disagree."

As to what impact the Nobel could have, McCormick said, "It may help focus minds on the broader achievements of the EU at a time when most of the focus is on the problems of the Euro Zone."

McCormick is the Jean Monnet Professor of European Union Politics in the Indiana University School of Liberal Arts at IUPUI. To speak with him, please contact Steve Hinnefeld, Indiana University Communications, at 812-856-3488 or slhinnef@iu.edu.