BLOOMINGTON, Ind. -- American men and women rated sex as highly arousing and pleasurable regardless of whether condoms and/or lubricants were used, according to a study led by Indiana University School of Public Health-Bloomington researchers and published in The Journal of Sexual Medicine. 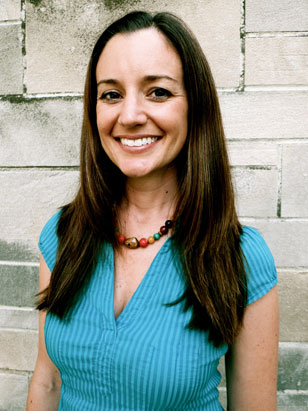 Led by Debby Herbenick and Michael Reece, co-directors of the Center for Sexual Health Promotion, researchers reviewed a nationally representative study of men and women ages 18 to 59 to assess characteristics of condom and lubricant use during participants' most recent sexual event, and the relationship of their condom and lubricant use to their ratings of sexual quality.

Data were from the 2009 National Survey of Sexual Health and Behavior, which involved the administration of an online questionnaire to a nationally representative probability sample of U.S. adults. Results showed that men and women consistently rate sex as highly arousing and pleasurable with few differences based on condom or lubricant use. More than twice as many women than men were unsure whether the condom was lubricated -- 26.6 percent vs. 11.4 percent -- or from what material it was made -- 23.6 percent vs. 8.9 percent.

"This may be because men are more likely than women to purchase condoms and to apply condoms," Herbenick said. "However, it's important for more women to become familiar with the condoms they use with their partner so that they can make choices that enhance the safety and pleasure of their sexual experiences."

Additionally, no significant differences were found in regard to men's ratings of the ease of their erections based on condom and lubricant use.

"The U.S. continues to grapple with high rates of sexually transmitted infections, HIV and unintended pregnancies," Herbenick said. "We need to understand how people make choices about the products they use, or avoid using, and how these products contribute to the safety and pleasurable aspects of their sexual experiences. This is particularly important as the products themselves evolve and become more mainstream in American society. We also need to understand what men and women know, or don't know, about the products they use so that we can better target public health education messages to individuals and groups."

"The epidemiologic studies assessing human sexual function and behavior in the U.S. that were started 60 years ago by Kinsey are continued now by Herbenick and Reece. Gathering sexual data regarding condom use is highly relevant," said Irwin Goldstein, M.D., editor-in-chief of The Journal of Sexual Medicine. "Understanding current condom use offers health care providers an opportunity to educate those people uncomfortable with condoms but for whom lack of use may lead to significant sexually transmitted infection health risk."

The article, "Characteristics of Condom and Lubricant Use Among a Nationally Representative Probability Sample of Adults Ages 18-59 In the United States" is available online and at sciencenewsroom@wiley.com. It will appear in the February issue.

The study was supported by Church & Dwight, Inc., the maker of Trojan Brand condoms and vibrators. Co-authors include Vanessa Schick, Nicole Smith and Brian Dodge, Center for Sexual Health Promotion at the IU School of Public Health-Bloomington; Stephanie Sanders, The Kinsey Institute for Research on Sex, Gender and Reproduction and Department of Gender Studies, College of Arts and Sciences at IU Bloomington; and J. Dennis Fortenberry, M.D., IU School of Medicine.

About the IU School of Public Health-Bloomington

With nearly 3,000 students across an array of undergraduate and advanced degree programs, the School of Public Health-Bloomington offers a traditional campus experience enriched by 21st-century innovation. More than 120 faculty in five academic departments -- Department of Kinesiology; Department of Applied Health Science; Department of Recreation, Park and Tourism Studies; Department of Environmental Health; and Department of Epidemiology and Biostatistics -- conduct major research, teach and engage with communities across a broad spectrum of health, wellness and disease-prevention topics. Each department offers numerous majors, minors and opportunities for graduate and undergraduate studies. In addition to its academic departments, the school administers Campus Recreational Sports, which serves roughly 80 percent of the IU Bloomington student body through various intramural, club and individual sports opportunities.

The Journal of Sexual Medicine is a peer-reviewed publication founded in 2004 and is an official journal of the International Society for Sexual Medicine, its five regional affiliated societies and the International Society for the Study of Women's Sexual Health. It publishes multidisciplinary basic science and clinical research to define and understand the scientific basis of male, female, and couple's sexual function and dysfunction and carries an Impact Factor of 3.957. Download The Journal of Sexual Medicine mobile app for free to your smartphone or iPad to keep up with the latest research published in the journal.